Herero 4x4, above and beyond the Defender

Today Herero 4x4 is the leader in the preparation of the legendary Defender. Herero 4x4 comes from the passion and expertise of Davide Arezio and Tatiana Besana. Founded in 2006, it is one of the most active and dynamic entrepreneurial realities in our sector that has been able to reinvent the world of preparations dedicated to Defender since the beginning of its history.

Passion, competence, innovation and performance are the keywords that distinguish the work of Herero 4x4 in the world of preparations dedicated to the Land Rover Defender.

Herero 4x4's mission is to make the Defender more performing not only for off-road but also for driving on asphalt. The word compromise is not included in the vocabulary of Davide Arezio and Tatiana Besana. For them, the Defender must perform in all conditions and situations!

Their preparations do not only concern suspensions, transmission, reinforcements, protections and aesthetics but also engine performance with innovative solutions even on the most difficult engines such as the new TD4 and the innovative Dual Fuel Diesel-LPG system.

Herero 4x4 was born in 2006 turning a passion into a profession. A lot of passion is not enough to be an industry leader. This is how the winning weapon of this company is realized in the combination of Davide - Tatiana; he is an excellent entrepreneur and a long-time driver and she is an engineer with a deep knowledge of every technical aspect of the Defender. 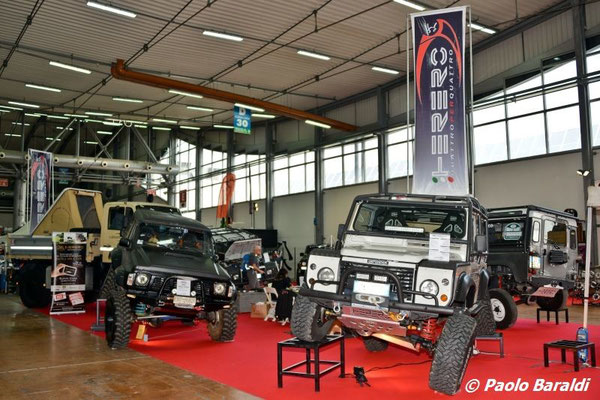 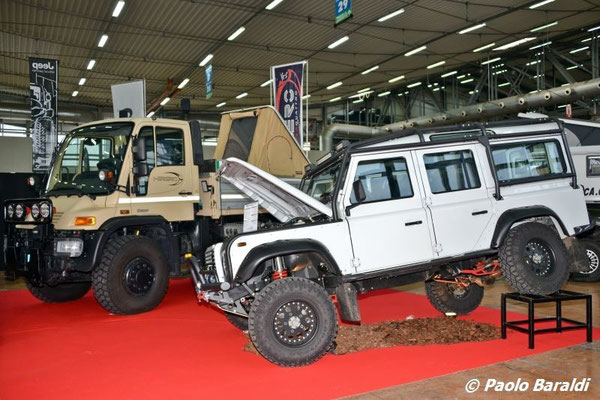 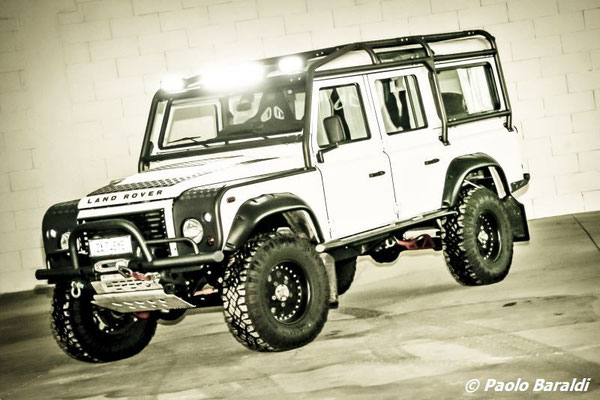 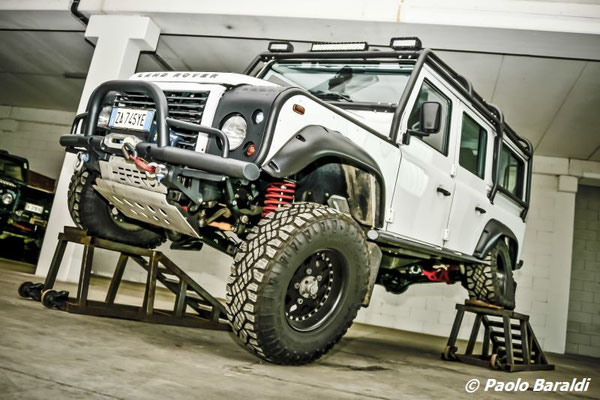 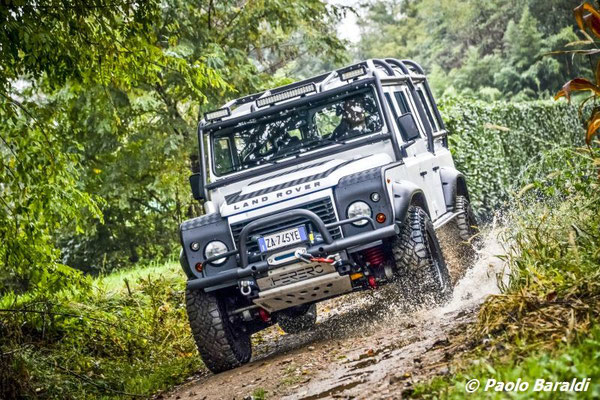 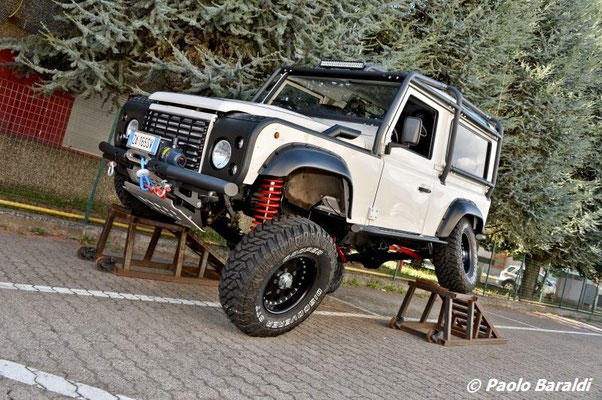 In 2006 Herero 4x4 made itself known and appreciated for its innovative TPS suspension system. Triple Progressive Springs (T.P.S.) is a spring system designed for the suspension of off-road vehicles. This system allows to increase the excursion of the rear suspension while ensuring high rigidity. The T.P.S. allows the achievement of two objectives: to increase the ability of the vehicle to which it is mounted to face obstacles and to improve the load capacity. The T.P.S. is a modular system consisting of 3 springs, two arranged in series and one in parallel with the previous two and by a system of plates and spacer cones. The T.P.S. it is housed in the original seats of the springs without having to modify the attachments on the car. The resulting overall spring has a progressive elastic characteristic: rigid for the suspension excursions typical of road use, soft for high excursions required by off-road use. “The Triple Progressive Springs is a genius” - comments Davide Arezio - “it allows to have a spring pack with progressive behavior without being penalized in the excursion as it happens in all progressive single spring systems. Furthermore, since it is not a spring release system, it accompanies the axle by applying force to the end of its travel and slowing it down by opposing resistance in the re-entry phase. This translates into a unique dynamic behavior that has allowed us to win no less than 5 Extreme Trophy Challenge championships".

Today, the Triple Progressive Springs is still one of Herero 4x4's flagship products but not the only one. Year after year at the T.P.S. other winning products have been added, ranging from various suspension kits to protections such as rollcages up to the improvement of engine performance and reinforced transmissions.

Designing, producing and selling is not enough! The real winning weapon of Herero 4x4 are the tests in the toughest national and international competition fields. Each new product, before being put on sale, is tested extensively and harshly in the race by the Herero Racing Division drivers. Only when Davide Arezio and Tatiana Besana are satisfied with the results of the tests and are sure of the reliability of the accessory, is it put on sale. 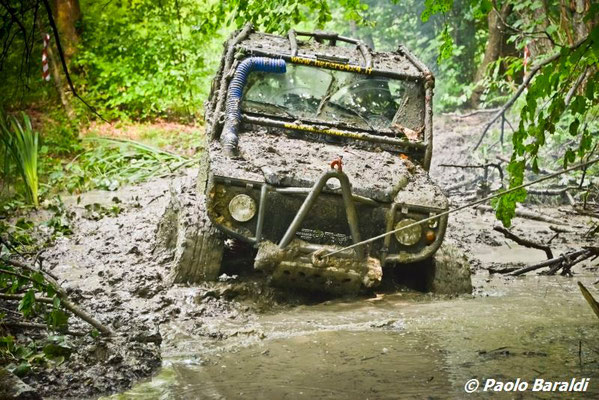 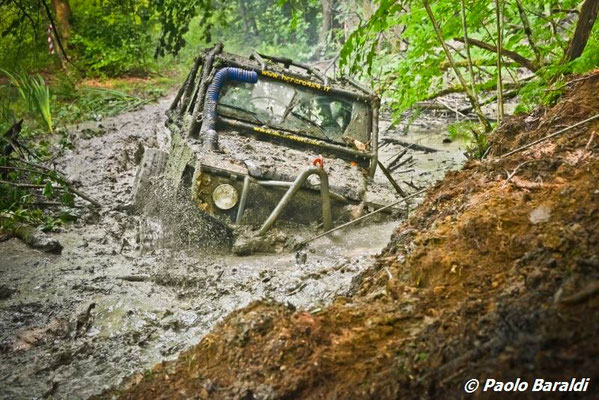 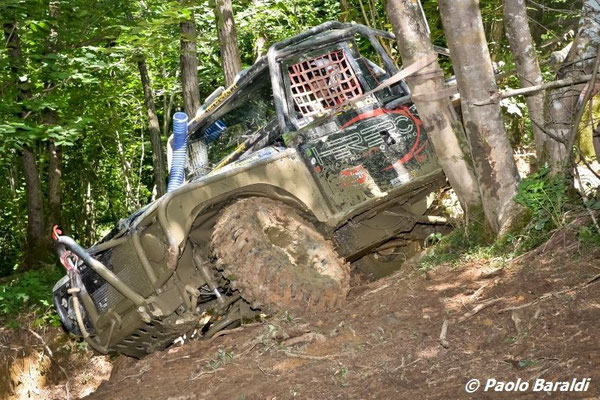 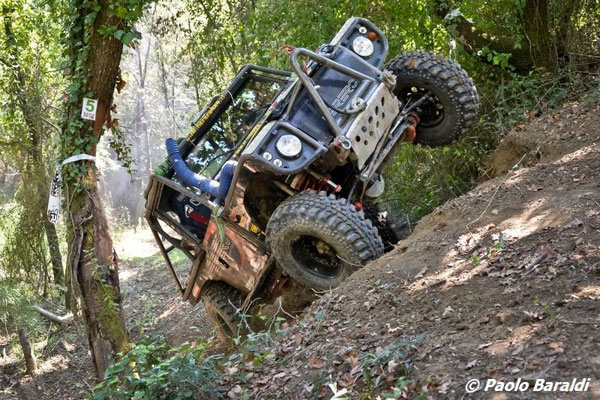 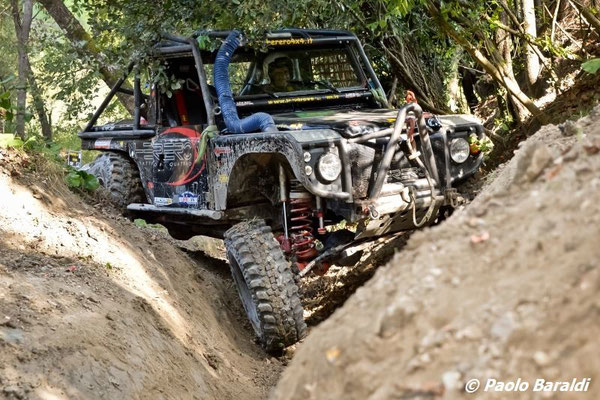 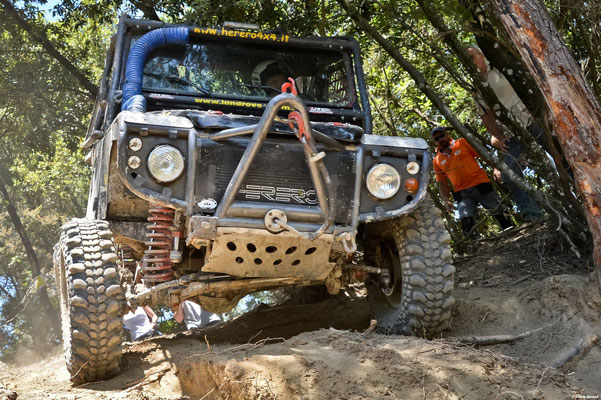 If we combine all this with the style and elegance of Made in Italy, the winning recipe of Herero 4x4 is cooked and ready to make every Defender owner happy.