After 40 years, an 8-cylinder finally powers the Wrangler. Jeep has just presented the new version of the legendary Wrangler: the Rubicon 392 equipped with a powerful 6.4-liter V8 Hemi with 477 horsepower and reaches 100 km / h in less than 5 seconds. Let's find out together the new Jeep Wrangler Rubicon 392.

You are not a real Jeepers if you are not sitting in a V8! After 40 years Jeep has decided to equip its iconic Wrangler with a powerful 6.4-liter Hemi with 477 horsepower and with a torque of 637 Nm. Even if the new Rubicon 392 reaches 100 km / h in less than 5 seconds, this Jeep is not a 4x4 for bars or for higway. This Wrangler is the Rubicon Trail Rated version and those who are familiar with this badge have already understood everything!

Finally a Jeep Wrangler with a V8! 477 horses are flying the Rubicon 392

Born to be noticed, this Wrangler Rubicon 392 immediately stole the show from competitor Ford Bronco and does it by flexing its muscles.

This Rubicon 392 adopts a 477hp 6.4-liter naturally aspirated V8 Hemi (20hp more than the concept) with 637Nm of torque and an exhaust system with active valves. Combined with this engine is an eight-speed automatic gearbox with paddle on the steering wheel. The 392 offers performance never seen before: the transition from 0 to 60 mph (96 km / h) occurs in 4.5 seconds; moreover, the off-road vehicle takes 13 seconds to cover the 400 meters from a standstill. To maximize performance during acceleration, Jeep chose to use a launch control system similar to that of the Grand Cherokee Hellcat, namely the Torque Reserve that manages torque and gear changes.

Suspansion compared to the normal Wrangler Rubicon has been raised by two inches and heavily modified, as well as combined with Fox shock absorbers and reinforced chassis components. Also new are the brakes and the 17 "separable wheels with 33" tires. Jeep claims that the Rubicon 392 is the most capable Wrangler ever with 10.3 inches of ground clearance, better suspension articulation, and maneuverability. The Wrangler Rubicon 392 also comes standard with a front sway bar with electronic disconnect.

The 4WD Select-Track all-wheel drive has four operating modes and is combined with the reinforced Dana 44 axles with electronic differential lock.

Not only that: the front grille and the air intake on the hood are also specific. The latter, in particular, is designed to work even in the event of a water crossing thanks to the Hydro-Guide system.

The personalization of the Wrangler Rubicon 392 also includes the exclusive external badges, while inside the instrumentation with customized graphics, the leather upholstery with dedicated embroidery and most of the equipment normally optional on the other configurations stand out. 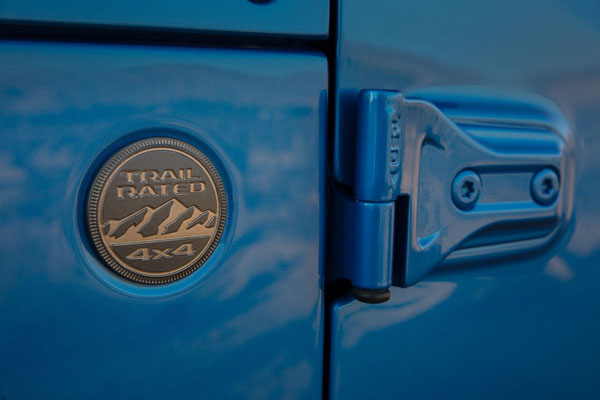 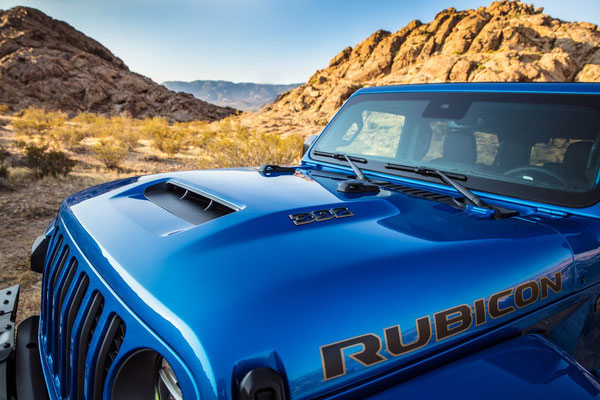 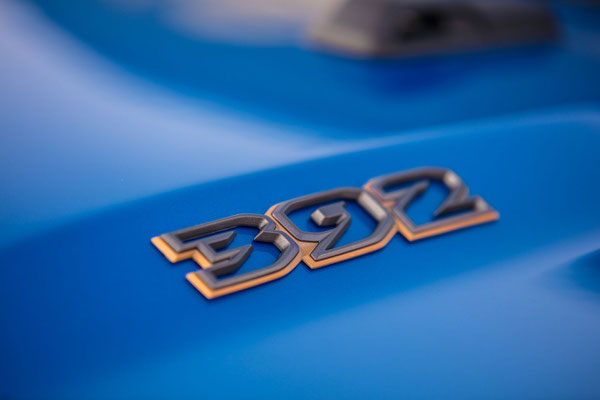 Jeep offers the Wrangler Rubicon 392 with all the various premium features such as durable leather seats and the latest Uconnect 5 infotainment system. It is also possible to opt for the open top version with soft top and half doors.

The arrival in Europe of this fantastic Jeep Wrangler Rubicon 392 is not yet confirmed, while American Jeep enthusiasts will be able to drive it starting from the first quarter of 2021. At the moment, unfortunately, the prices are not known and should be between 60,000 and 75,000 dollars.