This year Europa Truck Trial in Montalieu Vercieu has celebrating its 26 years of activity. I can safely say that the small French village overlooking the Rhone is the real home of this spectacular offroad discipline. Over the weekend of 4 and 5 June, 42 crews from most of Europe competed to gain the first points of the 2022 European Championship. The French appointment of the Europa Truck Trial did not disappoint expectations and the race was full of adrenaline and twists.

I don't know if you've ever seen a truck trial race? If you haven't done it yet, do it! You will not regret it.

The big 4-axle trucks are certainly the ones that attract the public and give more emotions, while the 2-axle is the category with the largest number of teams and with the French who are the masters. Then there are the 3 axles and the acrobatic prototypes. In any case, whatever the category it belongs to, the challenge to the Newtonian laws on gravity seems to be the watchword of every driver.

Attending these competitions, the most frequent question is: "how the hell do these guys overcome certain obstacles and certain slopes without rolling over?" In fact in the categories 2, 3 and 4 axles the vehicles must be standard with only a few modifications allowed such as tires. These trucks are therefore the same ones seen in action on construction sites and in quarries.

The prototypes are instead a thing in itself. In this case, all possible modifications to the vehicle are permitted. Thanks to this freedom on mechanical works and modifications, Prototypes are able to exhibit a unique and unthinkable agility.

Whatever the class it belongs to, each with its specific features, the show offered is unique and will satisfy even the most discerning palates.

That's why, I recommend going to see a truck trial race and if you really don't believe me, trust the fact that Europa Truck Trial has existed since 1989 without ever giving signs of abating.

This year, Europa Truck Trial is celebrating its 33th anniversary. A very important goal for such a particular European championship. But where does the secret of this longevity lie? The factors are varied and range from excellent organization to generational change and the spectacular kind of the races.

Over the past 33 years, the organizers have created a winning format that appeals to both teams and the public. If it has this we add the high organizational standards achieved the success is explained.

As for the spectacular, we have already had occasion to speak while it is important to underline the generational change. Alongside the veterans who continue to race and achieve good results thanks to their experiences, there are young drivers, and there are many who are doing apprenticeships and who in many cases have already reached the sporting maturity necessary for victory.

Finally, but certainly not the last, Europa Truck Trial is a large family, a group of people united by the same passion that leads them to travel around Europe and infect all those who are on their way.

On the weekend of June 4th and 5th, the great family of the Europa truck Trial met in Montalieu Vercieu, in the department of Isere, to inaugurate the 2022 season of the championship.

The Center Tout Terrain of the Vallée Bleue has been hosting the French round of the Europa Truck Trial for 26 years. Every year a large number of spectators at the Pentecost weekend come to watch this awesome truck race. The morphological diversity of the Montalieu terrain offers a unique, technical and spectacular competition field that has made the French race a must for every fan of this discipline. So unmissable that for everyone Montalieu Vercieu is considered the home of the Europa Truck Trial.

The traditional parade in the main street of Montalieu Vercieu

The Montalieu Vercieu race is preceded by a parade of all the participants that crosses the village between two wings of exultant crowd. The teams reciprocate this warm welcome with their crazy stunts that make adults and children happy and remind everyone that the most beautiful event of the year takes place at the Center Tout Terrain. 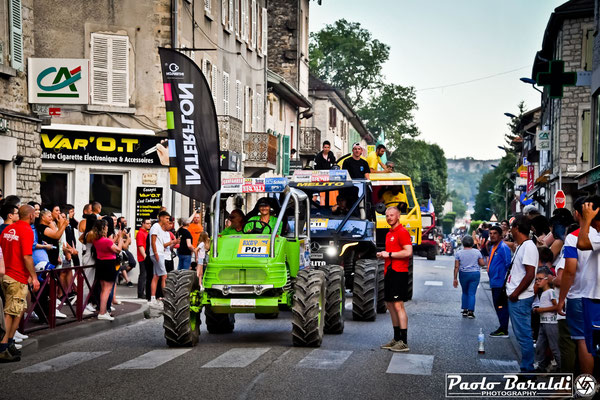 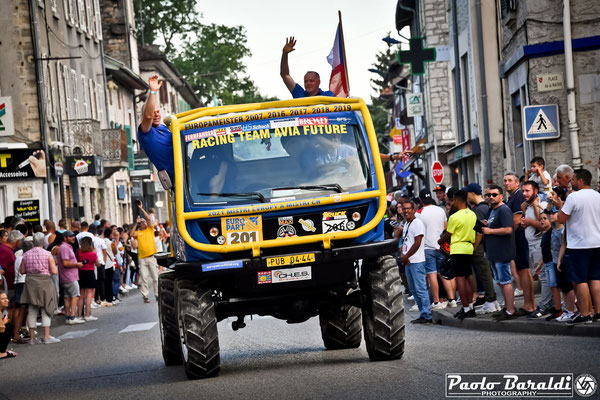 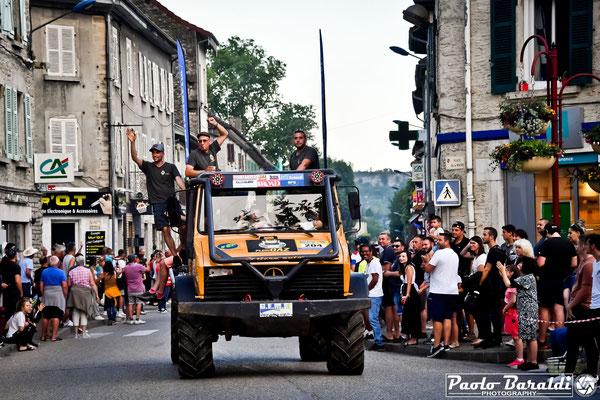 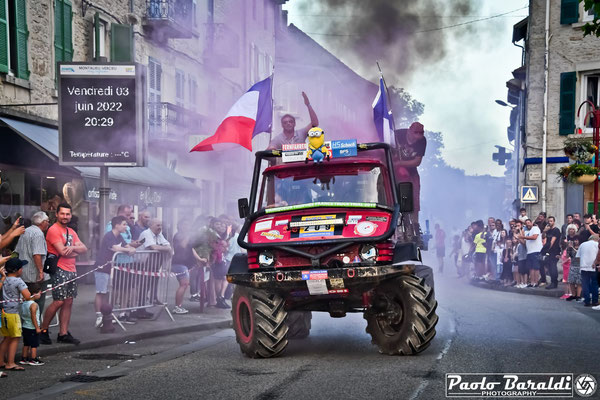 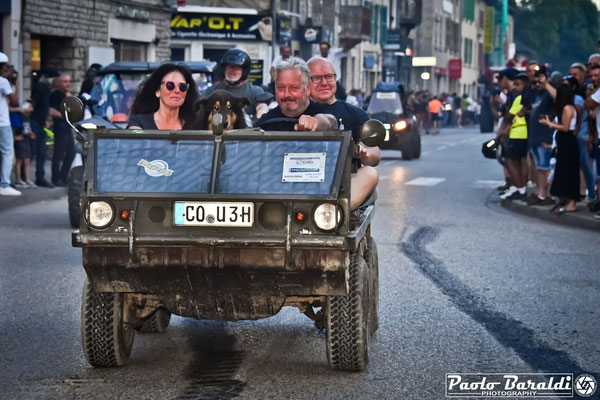 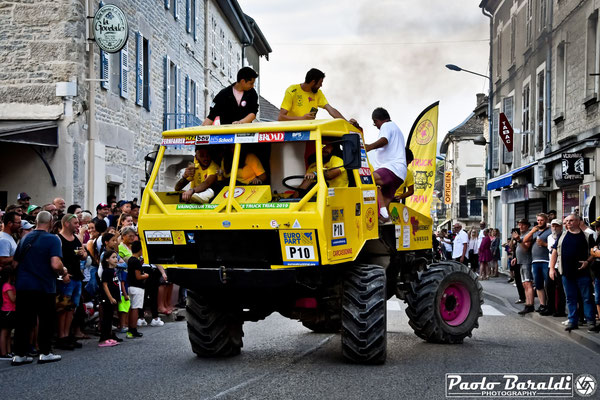 Also this year the organizer Alessio Fugazza achieved a great success for the 26th edition of the event. In fact, the Truck Trial Montalieu was confirmed as the biggest French offroad event thanks to the large number of spectators and the 42 registered trucks coming from: France, Germany, Austria and the Czech Republic. 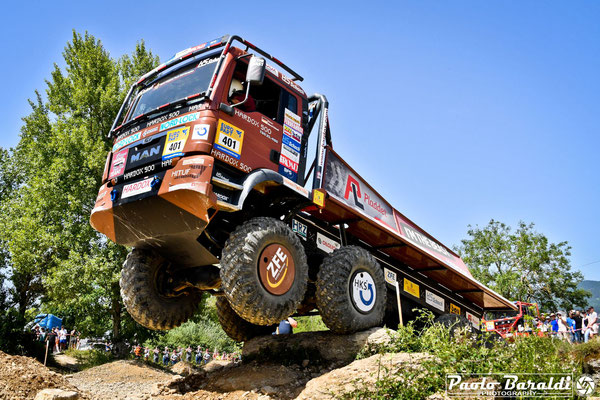 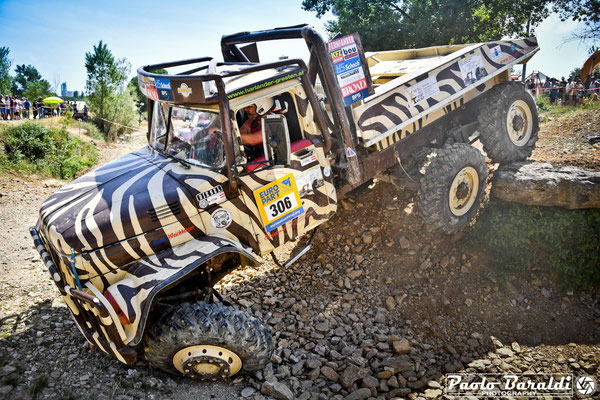 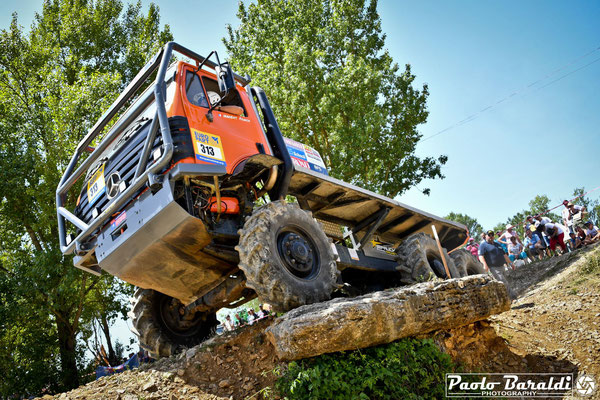 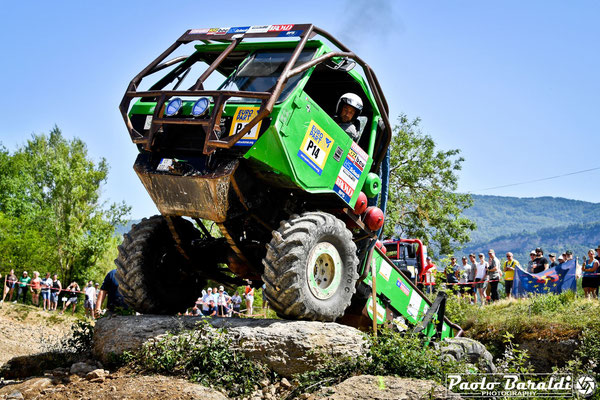 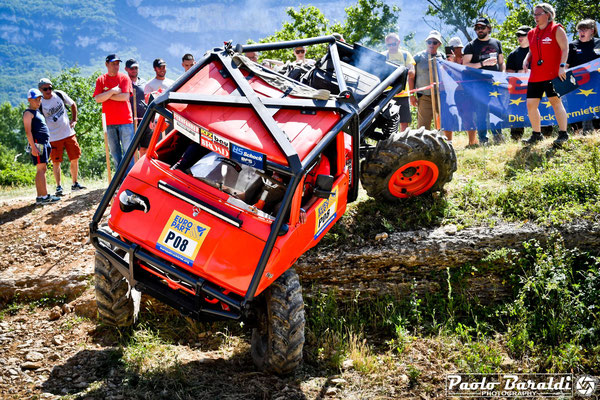 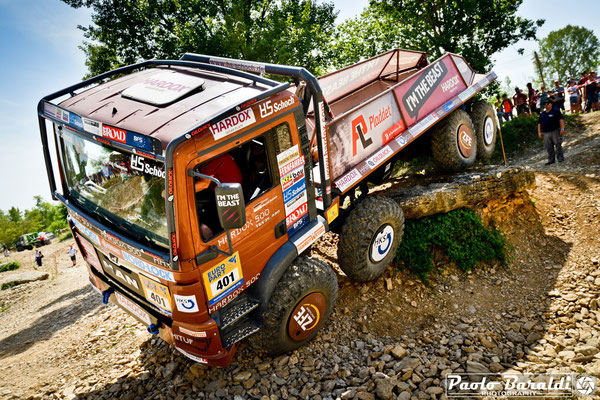 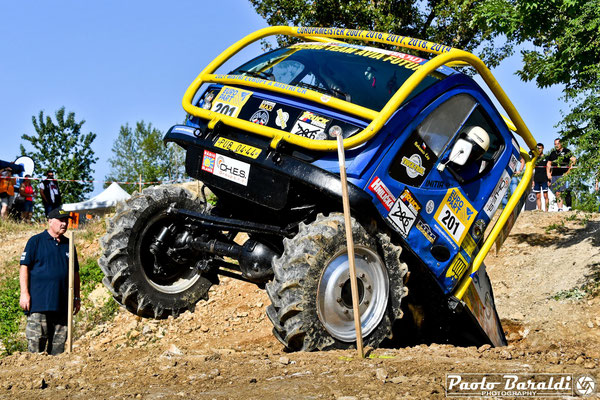 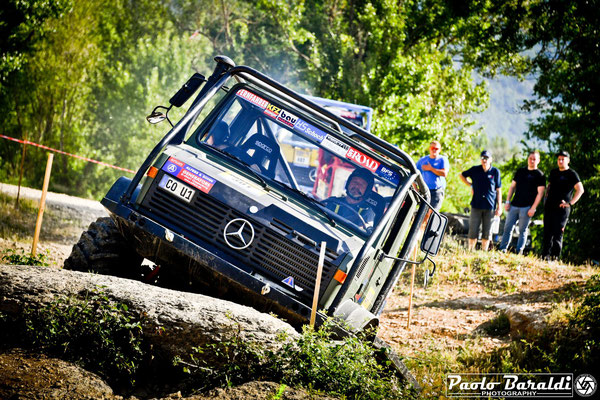 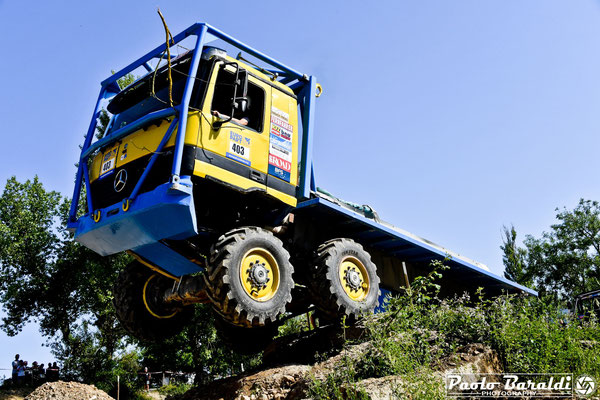 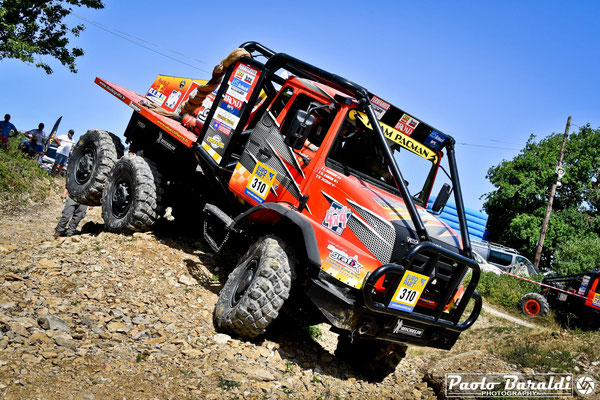 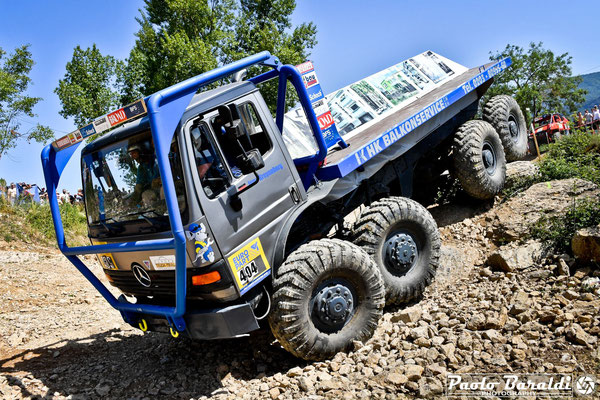 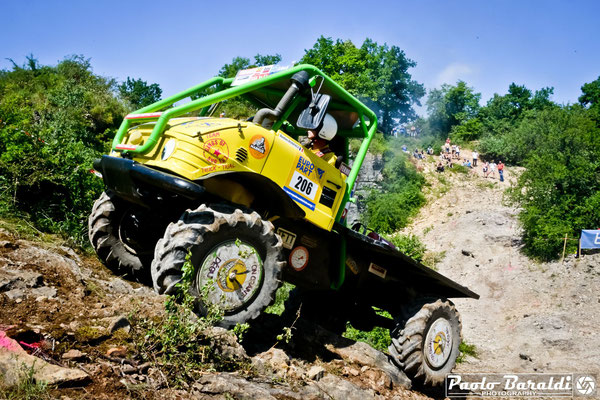 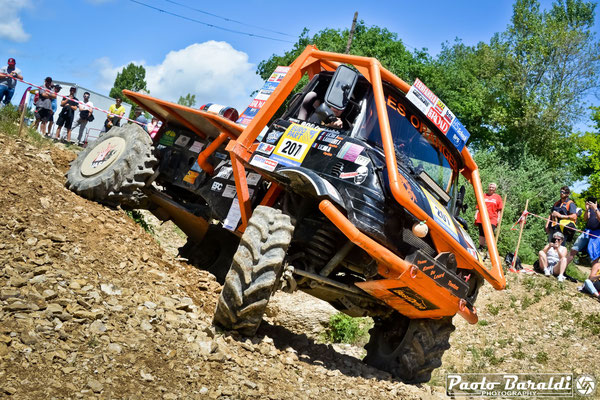 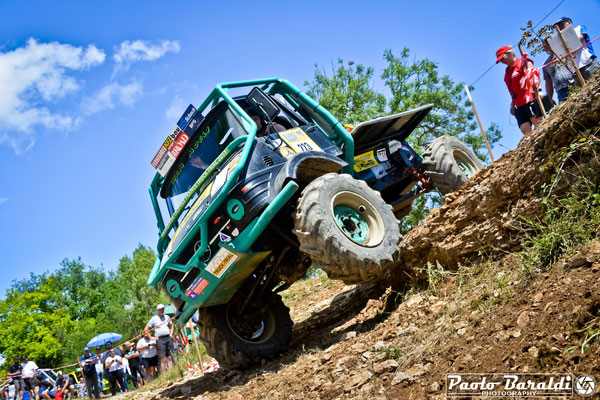 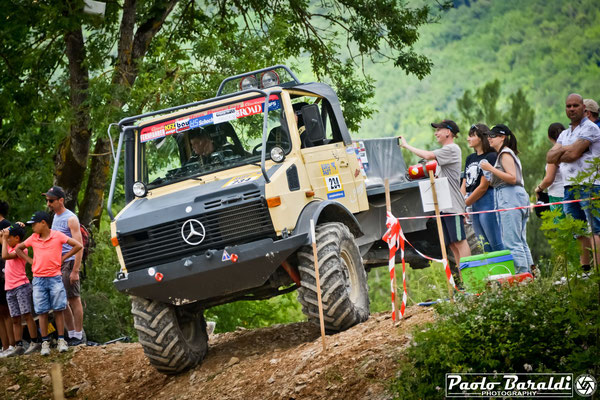 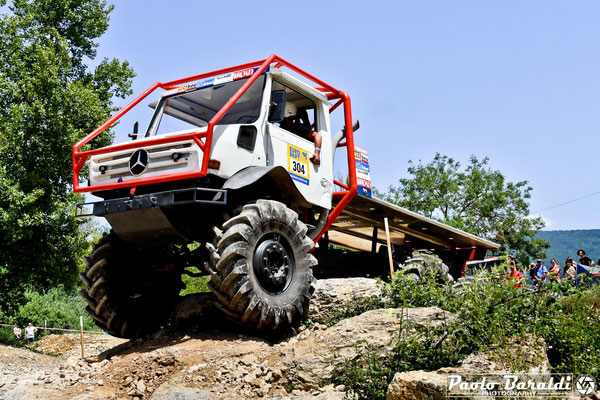 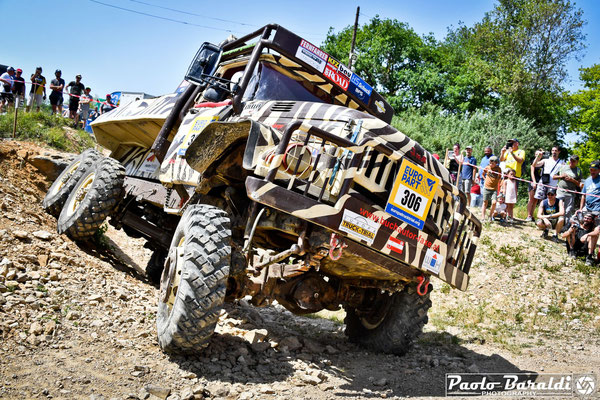 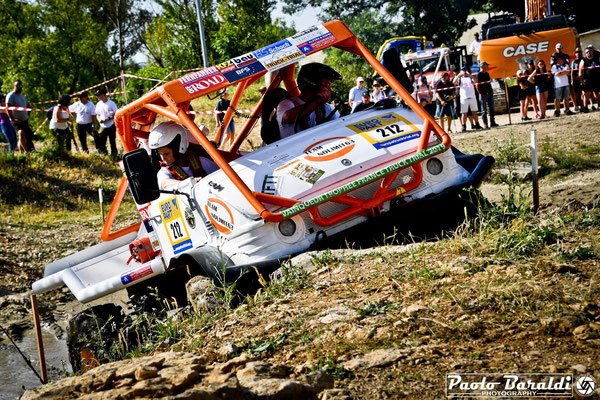 In my opinion the Montalieu Vercieu race, without taking anything away from the other locations of the Europa Truck Trial, is the most beautiful in the whole championship. From the Friday parade to the special stages to the Sunday evening awards ceremony, everything is beautiful, fun and unforgettable without forgetting the Montè Infernal which closes the weekend with a unique show of its kind. 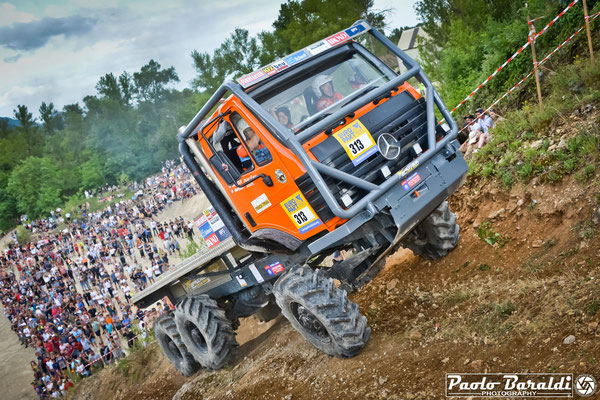 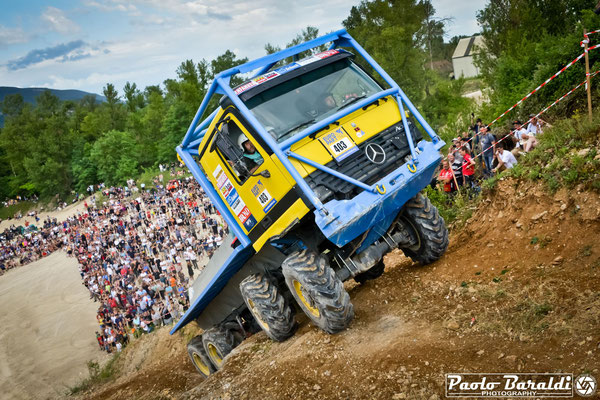 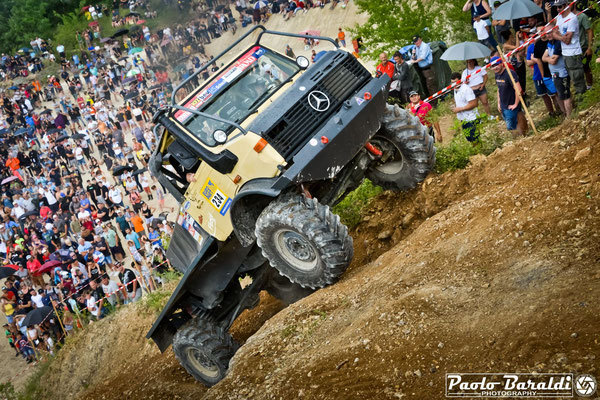 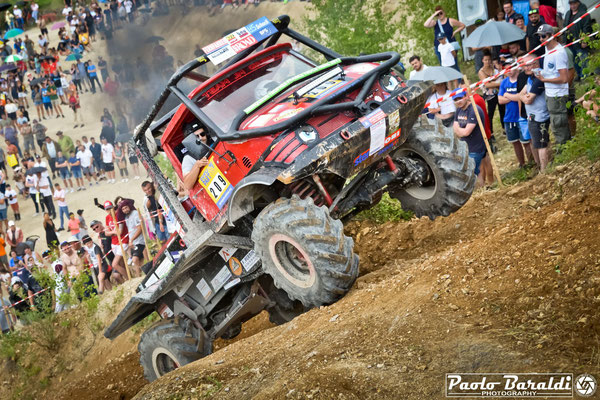 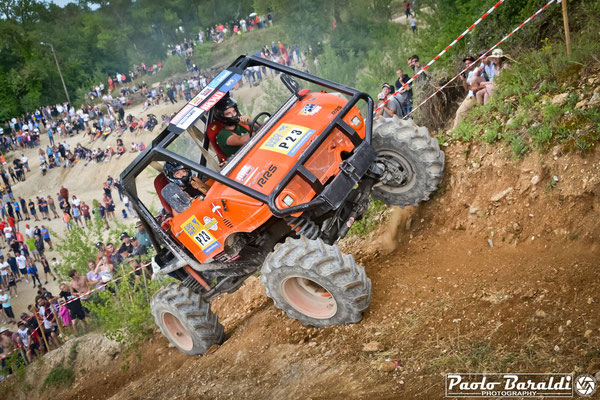 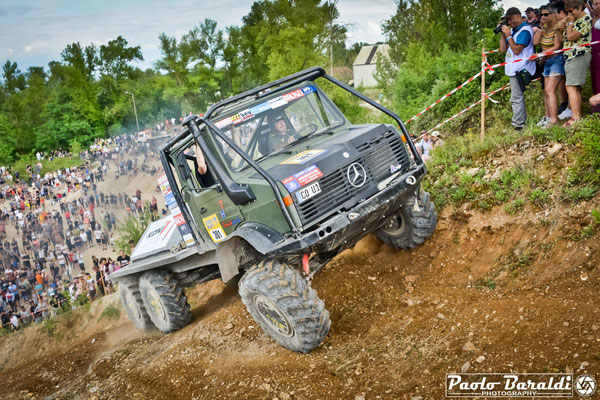 Europa Truck Trial is a European race with truck where it counts the ability of drivers to manage the vehicle on extreme terrain. In these competitions time plays a secondary role. Much more important is the expertise in overcoming obstacles (side slopes, steep slopes, ditches, etc.) by committing the fewest possible errors. Team work is fundamental in this type of competition and the harmony and trust between pilot and co-pilot is a winning weapon.

Although among the 4 categories of the Europe Truck Trial there are Prototypes, where every kind of modification and preparation is allowed, the soul of this championship are the vehicles derived from the commercial and standard ones (2,3 and 4 axles) where the allowed changes are really limited.

To give you an idea of the aptitude differences between the various categories, let's try to assign each an adjective that reflects it:

Every year, the championship consists of 4/6 races that take place in different European countries. Some of the locations are historic, like Montalieu Vercieu in France, and others are new. At each race points are awarded to the teams based on their position in the standings, the sum of the points outlines the championship standings.

The 2022 season of the hardest trial in Europe