Cullinan, the diamond that won the 2019 Rebelle Rally

Emme Hall and Rebecca Donaghe brought a Rolls Royce Cullinan to the Rebelle Rally 2019. A challenge for many unthinkable that has turned into a great success both for the team and for Rolls Royce. Emme and Rebecca with their Cullinan won the Rebelle 2019 in the Crossover category.

Since 1906, the British car manufacturer has become a symbol of elegance and royalty. Rolls Royce embodies the history, experience and work of over a century of commitment, started with its founders Chares Rolls and Henry Royce, who makes their cars into cars that come from the past but that look to the future. In 2018, for the first time in its history, Rolls Royce presents and markets its first SUV; obviously a luxury and full-size vehicle. The name of the Rolls Royce Cullinan is more than apt! The Cullinan diamond is the largest unfinished diamond ever found, with a weight of 3,106.75 carats (approximately 621 grams).

The Cullinan, built on the Architecture of Luxury aluminum platform, is gigantic: 5.34 m in length, 2.16 m in width and 1.83 m in height with a luggage compartment with a capacity of 526 liters reaching over 2000 with seats rear lowered and in which you can have the Cullinan View Suite, with two leather seats and cocktail table. Not only is Cullinan's size enormous; even its performance is! The engine is a bi-turbo V12 with 6749 cc engine capacity and a power of 571 cv. Performance includes a self-limited top speed of 250 km/h, available torque of up to 850 Nm at just 1600 rpm and acceleration from 0 to 100 km / h in 5.2. Cullinan has no sophisticated management systems for driving dynamics and suspension, like all rival models, but only one "off-road" command. Once the button is pressed, the car, which has 22-inch wheels, raises 4 centimeters thanks to the presence of the air suspension and the traction control system becomes more aggressive. With the Magic Carpet system, the SUV travels by offering a level of comfort that no other vehicle in this category can provide. The secret lies in the Flagbearer device which, based on the information provided by stereoscopic cameras, reads the state of the road surface with respect to the position of the Cullinan and adjusts the active suspensions in a few milliseconds.

Torsten Müller-Ötvös, Rolls Royce brand's CEO, said the Cullinan is the first Rolls Royce that is more beautiful when is dirty! Following this philosophy, on 1 July 2019, in Reno, Nevada, Rolls Royce announced its participation with Cullinan in the Rebelle Rally 2019 in the Crossover category in challenge with Subaru, Honda Ridgelines, Honda Pilot, Jaguar F-Pace and Porsche Cayennes. "We appreciate Rolls Royce for choosing the Rebelle Rally to show offroad capabilities of the new Cullinan." Emily Miller founder of the rally said. "We are really excited about the great variety of vehicles and teams participating in this category, demonstrating all their skill."

This aspect is the most important and the one that most characterizes the Rebelle Rally. Emily Miller's motto (Rebelle founder) "If it was easy, everyone would do it" summarizes in the best way what it means to compete at the Rebelle Rally. The Rebelle Rally, as Emily says, is not easy and this is the first awareness of her Ladies. The Rebelle is difficult, not because to orient the Ladies must use maps and compass without the help of modern electronic devices, which are strictly banned, but because first they have to deeply believe in themselves, in their own abilities and in those of his own adventure teammate. In the car between driver and co-pilote a deep synergy, understanding and bond is created that goes beyond the race; a bond that remains for life.

From 10 to 19 October 2019 the fourth edition of the Rebelle Rally took place. From the Squaw Valley (in the heart of the Sierra Nevada in California to the border with Nevada), where the registration and tech inspection took place, up to the dunes of Glamis (on the border with Mexico) passing through the most iconic places in the American west such as: Bridgeport Ranch, Gold Point, Death Valley, Trona Pinnacles, Wagon Wheel, Harrison Ranch, Cougar Buttes (Johnson Valley), Joshua Tree National Park and Imperial Sand Dunes.

In the same week in which two women took the first female walk in the space, two other women wrote the story differently. Emme Hall, driver, and Rebecca Donaghe, co-pilote, took a Rolls Royce Cullinan through the deserts of California and Nevada competing in the Rebelle Rally.

Emme and Rebecca have participated in the Rebelle Rally since 2016 and last year they won the Offroad category aboard a Jeep Wrangler. This year, they have both accepted the challenge of bringing the luxurious Rolls Royce Cullinan into the race with the slightly hidden intent to win. “There comes a time in every off-road competitor's life when they just want to have a little fun.” Emma wrote in one of her article. “You know, surprise everyone with a vehicle choice that seems so whack-a-doo, only the brave (or stupid) would even attempt it. This is exactly why I'm about to run the 2019 Rolls Royce Cullinan in the seven-day, off-road navigational challenge known as the Rebelle Rally.“

Hall continues in her write up to describe how the Cullinan was prepared. “The Rolls-Royce has an off-road mode that gives it about nine inches of ground clearance, which isn't bad for an all-wheel-drive crossover. But to tackle something like the Rebelle, it's going to need some more help. Rocks can be big and sharp, so Rolls-Royce added a full skid plate underneath the Cullinan. It's made up of three pieces, so if it needs to come off during the rally for whatever reason, it's easier to manage. We have tiny little skid plates on the height sensors, as well, and a sturdy jacking point on either side of the car. If we need to get yanked out of a jam, the Cullinan has a large eye bolt that screws into the front or back of the frame. However, the attachment points are just on one side of the car, which could make recovery tricky if we get stuffed in a bad situation. (I'll have to be on my toes to pick the best line). Self-recovery is always an option, and for that, I'm bringing two DMOS Delta shovels and four Maxtrax traction boards. I happened to already have a light bar that fit perfectly under the Cullinan's grille, so I had that installed, as well. There shouldn't be any night driving, but you never know. Inside, Rolls-Royce added a super cool tire-mounting system that holds two spares, with room in the middle for a jack, tow rope and small tool bag.”

“Tires, as it turns out, are the most important upgrade. Ask anyone who's tackled trails before -- tires can mean the difference between stuck and unstuck, and here's where it gets tricky with the Cullinan. This ultra-luxury SUV comes with 22-inch wheels wrapped in 285/40 rubber in the rear, but 255/45 in the front, to clear the shock mount. Since I can only carry two spares, having staggered tires means I would only have one for the front and one for the rear, or I could run the smaller tires on the rear as well. Thankfully, Rolls-Royce offers 21-inch wheels for the optional winter tires, and they're the same size all the way around: 255/50. With the clearance issue in the front, the total wheel and tire package can not exceed 31.5 inches. And while I'd normally fit even smaller wheels, 21s are actually the littlest ones that will still clear the Cullinan's giant brakes. Finding off-road tires with these limitations is downright impossible, so I'll be running the Rebelle Rally with the Rolls-Royce's Continental ContiWinterContact winter tires. I'll carry a plug kit, air compressor and everything I need to change a tire, but those small, 5-inch or so sidewalls and the decidedly unaggressive tread have been keeping me up at night, to say the least. This will definitely be interesting. Having said all that, my recent testing sessions in Pismo Beach and Glamis, California, have been perfect. At Pismo, I aired the tires down to 20 psi and had no issues at all. In Glamis, I decided to try a higher psi to protect the sidewalls, as the area still has some surrounding rocky areas to the west that I'll encounter on the rally. Even at that higher pressure, the Rolls went way further into the dunes than I thought it would, keeping up with the four-wheel-drive, modified Toyotas I had for support in case of an emergency during practicing. I did get it stuck once at the end of the day when the sand was at its softest, but some shoveling and Maxtrax got me out in about 10 minutes.”

After 8 days of competition and after 2300 km, Emme Hall and Rebecca Donaghe brought to the top of Rebelle podium the "Spirit of Ecstasy", the characteristic statuette placed on the top of Rolls Royce radiator that represents a female figure bent forward, with the arms extended backwards and upwards and with the clothes inflated by the wind which give the arms the appearance of wings.

Emme and Rebecca confirmed the motto "Effortless Everywhere" that Rolls Royce coined for their new SUV with their excellent result. The Cullinan performed without any issues, although the rocks and paths of the California mountains did take a toll on their tyres, forcing the team to complete the final two days without either of their two original spares.

"By taking this epic experience in the Rebelle Rally and doing it in a way that is even more epic, was a complete honor and privilege.” Exclaim Emme Hall and Rebecca Donaghe in the finish line. “The idea that we could do something that people may have thought was absolutely wild and come out on the top was a greater challenge and one we were excited to accept. The Cullinan became like a third teammate to us and will forever be in our hearts as a fierce competitor."

Over the eight-day journey, the team spent more than 80 hours in the Bespoke leather seats, navigating and traversing mountains, valleys, salt flats and treacherous desert sand dunes. “I’m proud to be associated with these talented and wonderful ladies,” said Martin Fritsches, President and CEO of Rolls-Royce Motor Cars Americas. “They competed the way we build each Rolls-Royce Motor Commission, with precision, power and grace. This performance sets aside any questions about the capabilities of Cullinan in the real world.” 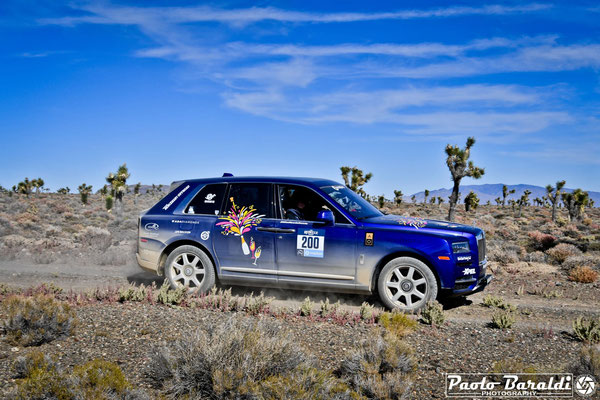 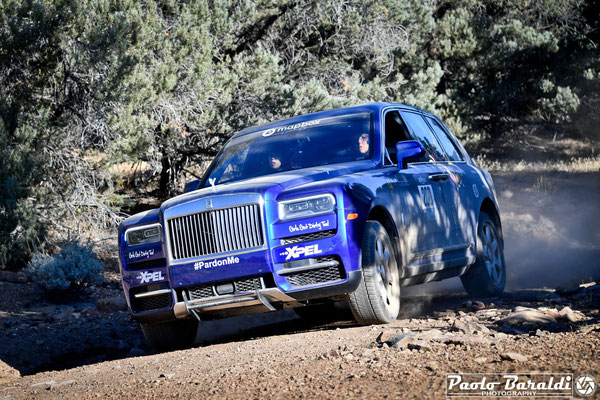 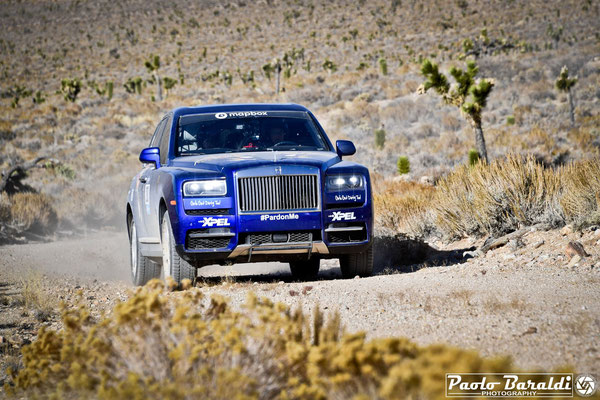 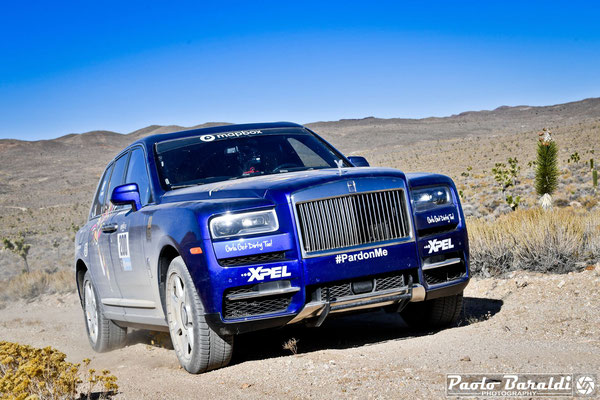 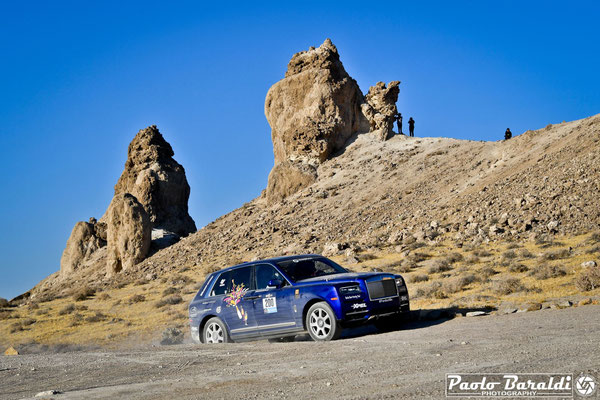 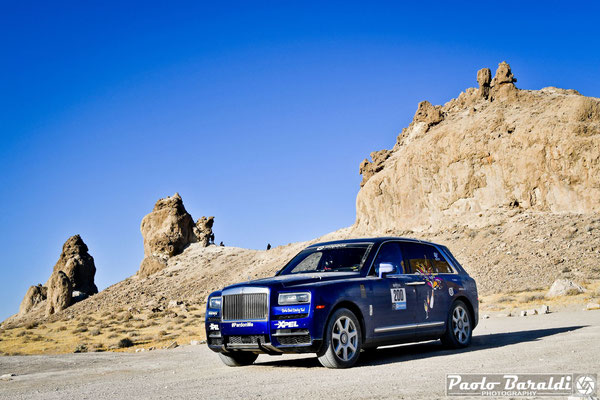 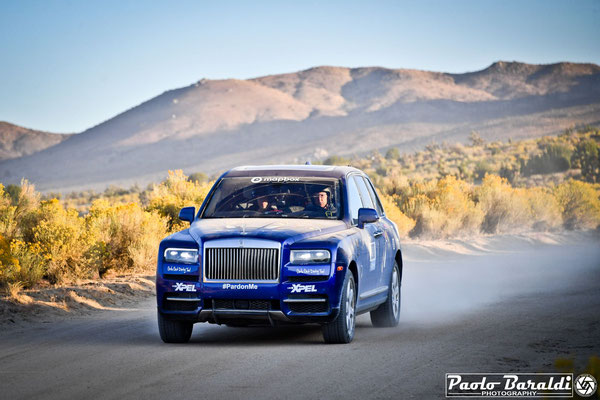 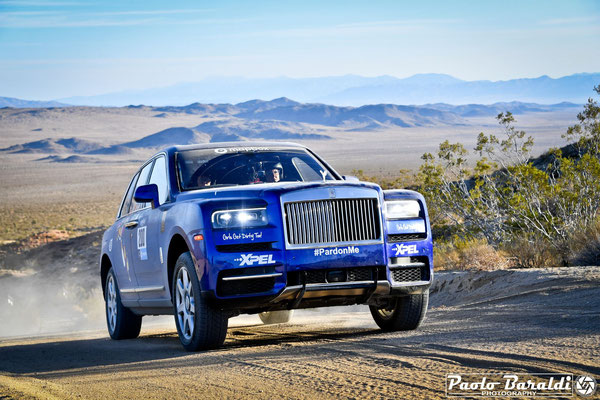 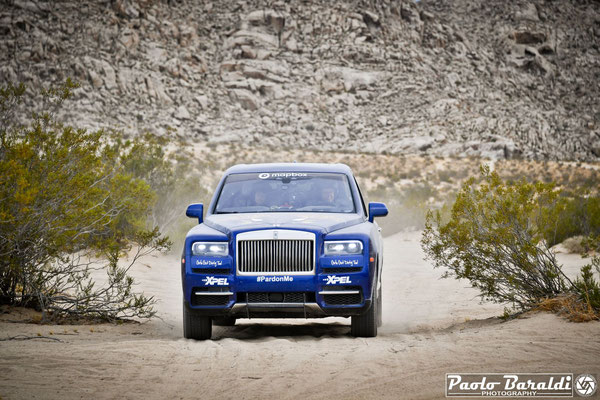 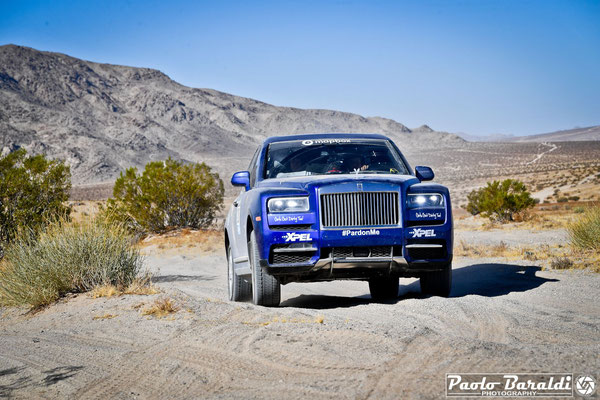 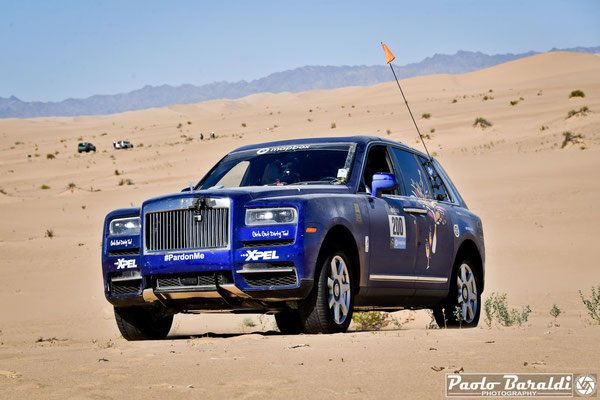 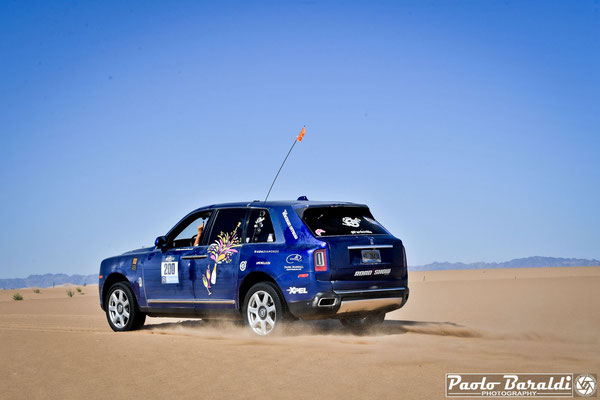