Independent Front Suspension (IFS) or solid axle? In Ultra4 races, vehicles with independent front suspension are increasingly used. In this article, thanks to 4Low Magazine, Rich Klein and Jeren Gunter, we will analyze which decisions and which aspects of the design are behind an IFS vehicle for the 4400 category of Ultra4 Raging.

What really goes into the design of a new 4400 race car?  Is there an aspect of the design that is the most important?

In today’s market, the decision to build an IFS (Independent Front Suspension) or a straight axle car appears to be number one.  Both have their advantages, depending on what type of terrain you intend to run.  The second decision tends to be – should it have one seat or two?  After that, it’s time to consider power train options, like engine, transmission, transfer case, and axles.  But the first two questions must be answered before you can even go there.

Why are IFS vehicles the future?

Current wisdom suggests, even if the last King of the Hammers was won by a vehicle with solid axle, that straight axles are becoming a thing of the past. This is probably true, with many of the races being short-course style layouts and desert courses with fewer rock trails. The big race continues to have many rock trails and desert, though, so anything goes.

For Jeren Gunter, UFO Motorsports was the best choice

When Jeren Gunter decided to step up his game and run 4400 in 2020, he looked for a builder that had proven value, ideas that were working and one willing to try some things that were considered outside of the box. Jeren chose Joe Thompson of UFO Motorsports. Jeren felt that UFO built the best 4400 cars, Joe is best known for his single-seat IFS cars run by the Gomez Brothers.

At first, Jeren was opposed to a two-seater; he felt it would create too many compromises in packaging and hurt the center of gravity he was looking for. Ultimately, the game-changer would be going with a direct injection fuel delivery system, which would provide better fuel mileage, eliminating the need for a larger fuel cell, thus allowing more space in overall packaging. A two-seat option became a reality. Jeren Gunter’s car would be UFO’s first two-seat IFS 4400 build.

The advantage of a two-seater included a co-driver.  A co-driver is invaluable in helping with flats, pulling winch line, spotting on congested trails, navigating all the turns, and helping with repairs. Jeren and Joe went over plans and worked out the details.

After carefully analyzing all these options with Jeren, Joe Thompson moved on to construction

“The biggest difference between the two styles (IFS vs. straight axle) of cars is the steering, having a direct mechanical interface between the steering wheel and the tires, is day and night difference in driver feel. With a straight axle, you have to kind of guess what the car is going to do, because when the steering wheel moves, it doesn’t mean the tires have. This new car really let’s you feel what the car is doing,” says Jeren.

The build completed in January, we were privy to build photos before the car made it’s way to Johnson Valley for the big dance.

Jeren and co-pilote, Matt Smith, were instantly impressed with the vehicle’s prowess on course, the car handled better than imagined, ate up the rough terrain, and flew off ledges that would beat them to death in the old 4800 car.

The team qualified well and started off the race in 28th position. Unfortunately, as with most new cars finished just before a race, shaking off the new-car blues can be troublesome. Only some small details kept the team from finishing KOH, the car will be ready for the rest of the 2020 season.  Look for the new UFO two-seat IFS car at upcoming Ultra4 races. 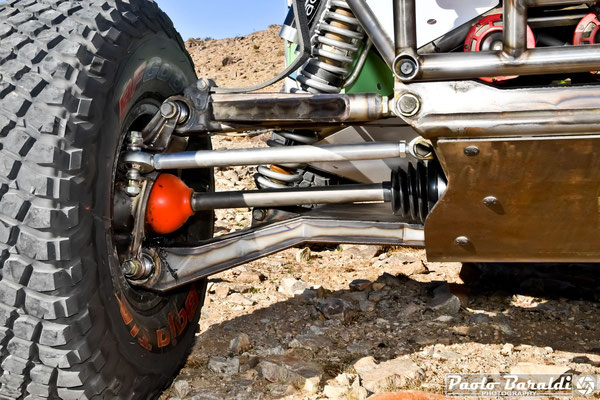 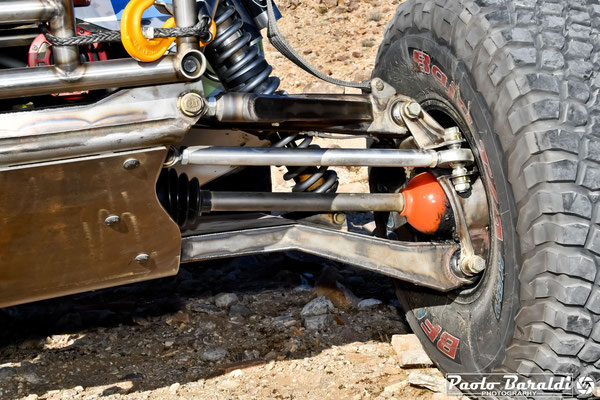 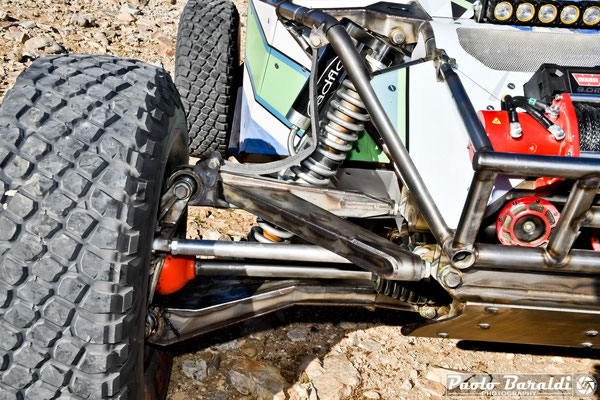 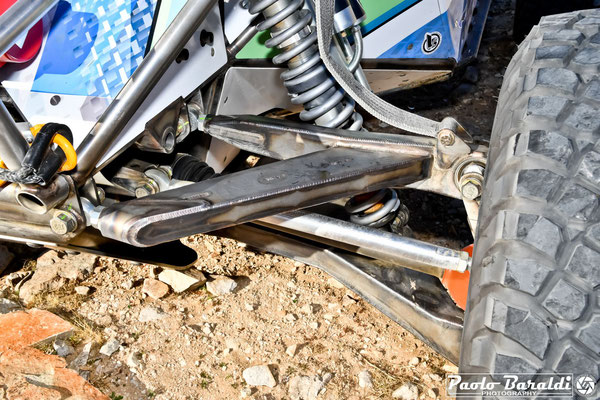 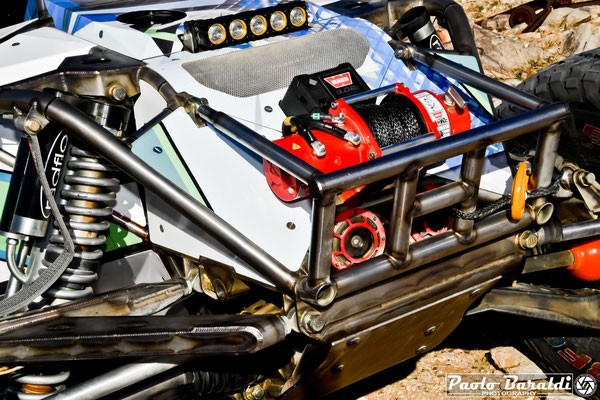 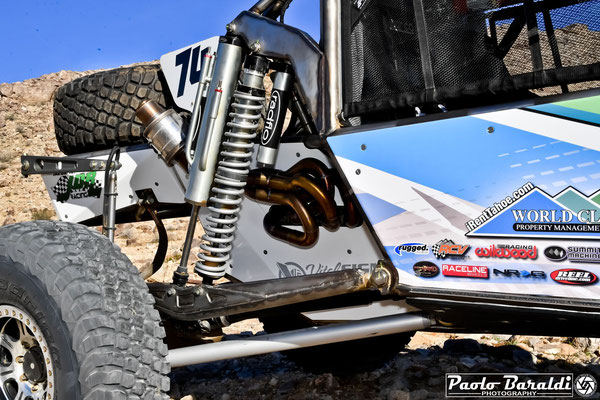 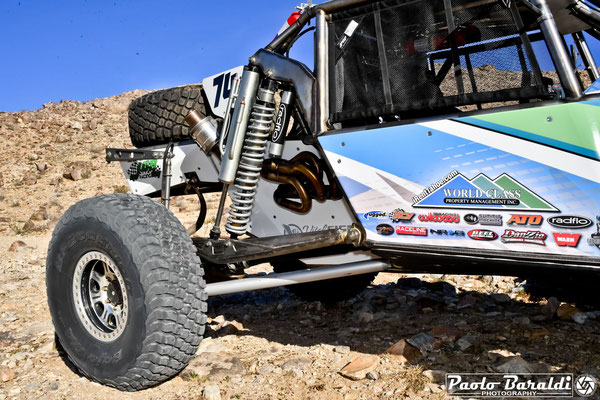 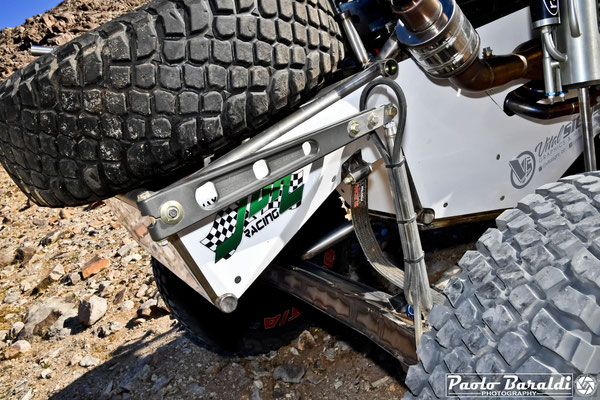 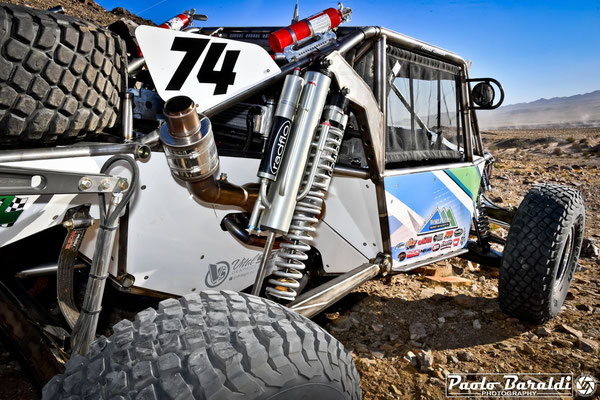 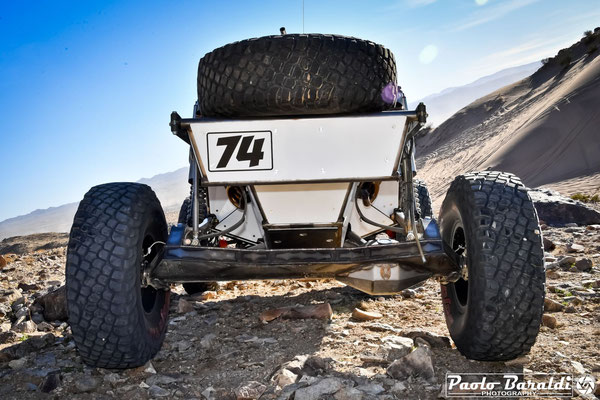 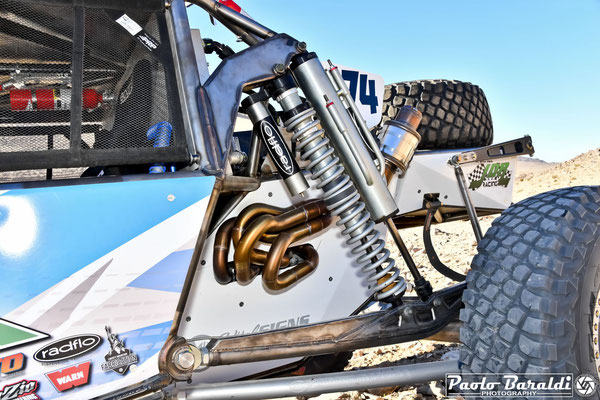 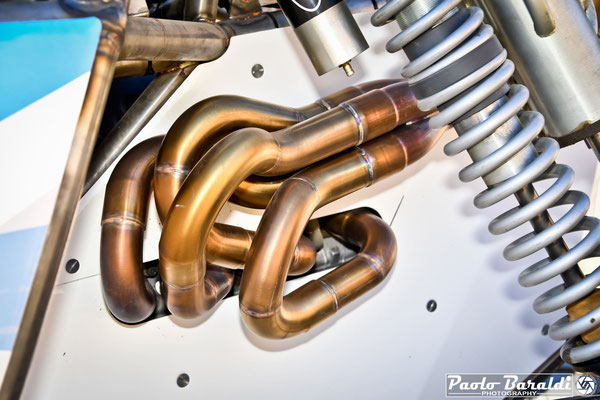 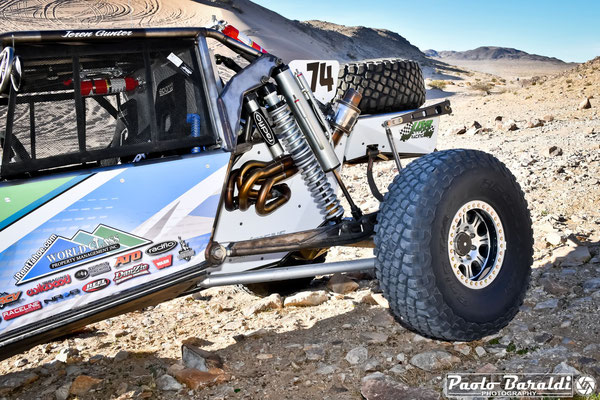 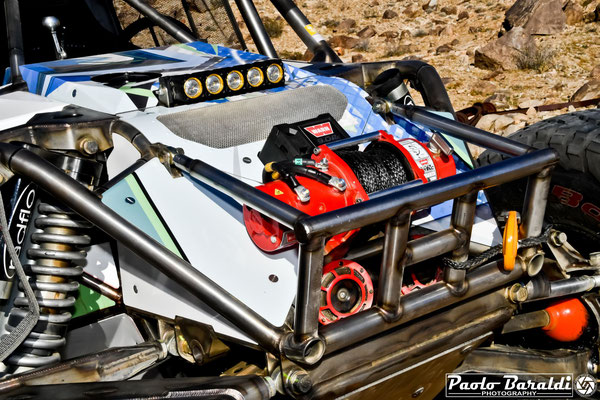 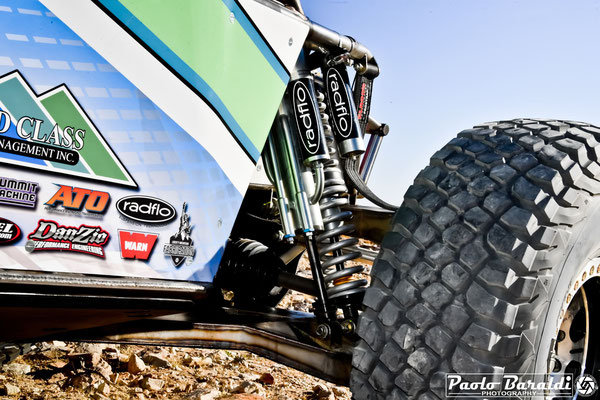 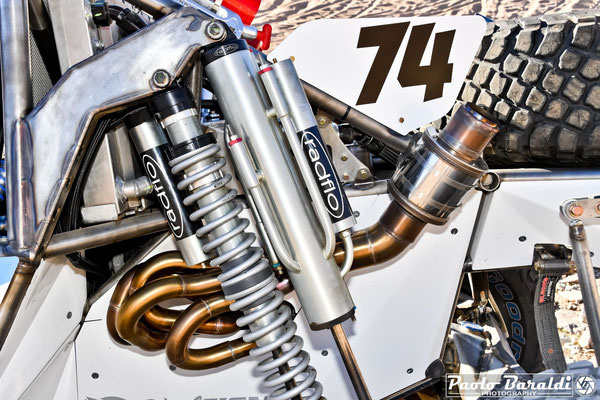 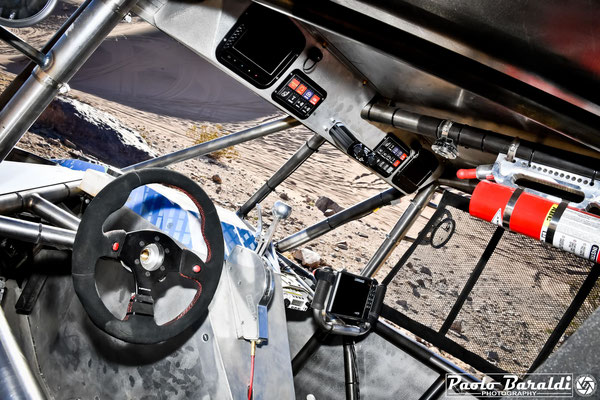 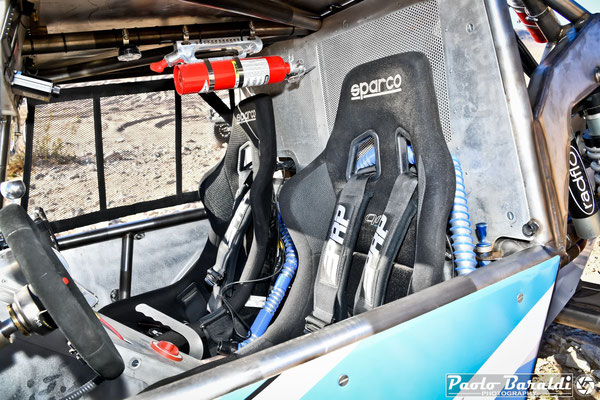 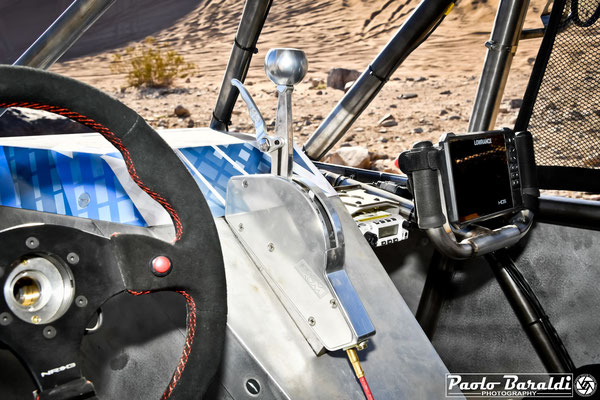 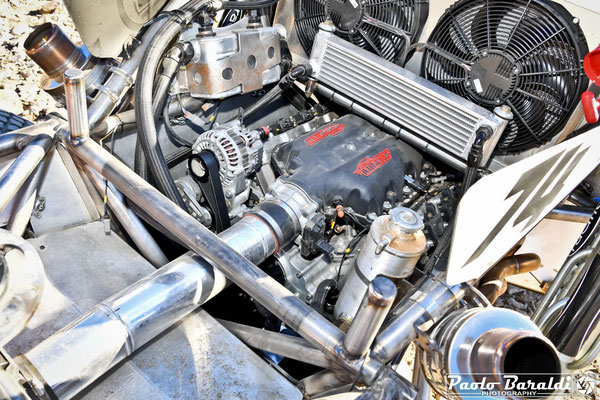 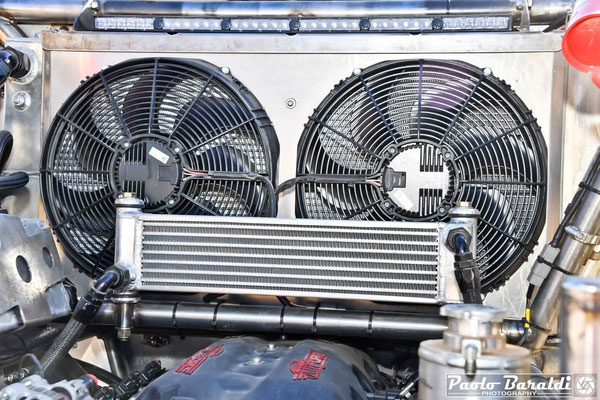 Special thanks to 4Low magazine, Rich Klein and Shelley Krehbiel