Let's discover the secrets of the Porsche 911 Rally raid 4x4, which evokes the legendary Paris-Dakar of the times of René Metge or Jacky Ickx, drived by the Italian Agostino Rizzardi who finished second in the Fenix Rally.

Photography and story by Paolo Baraldi, tech by Nicolas Stevenin

In the “pack” of vehicles competing at the 2021 Fenix Rally, it was a very special white car that caught my attention. A car that we would not expect to find in a rally raid except in our memories of the times of the great Dakar with drivers like René Metge or Jacky Ickx.

If these names tell you anything, you will surely have guessed that I am talking about a Porsche even if it is not a 959 Paris-Dakar but is a 911!

Agostino Rizzardi is the owner and driver of this beautiful Porsche that took the second place in the Car Open category at the Fenix Rally.

Agostino Rizzardi is an Italian Porsche fan. He participated in various asphalt races at the wheel of a Porsche 933 Supercup and a Porsche 964 group B. In uphill races with a GT class he jumped to the podium several times.

Rizzardi, it's not just passionate about asphalt races. After seeing the legendary Porsche 959 Paris-Dakar, Agostino matures the desire to experience the sensations of driving a Porsche Rally Raid. The desert, the dunes and the sand are what would have become a target for him. Rizzardi decided it was time to put a Porsche back in the desert.

To do this, it started with the Porsche 964 Carrera 4 (The Porsche 964 is the name used by Porsche to indicate the 911 produced since 1989. The Carrera 4 is equipped with all-wheel drive) because the vehicle was closer to what it had driven in Group B. In practice a 911 but with four-wheel drive.

Technical details of the desert Porsche 911

The engine is a classic 3.6 liter with Microtec ECU that develops 300 hp for 42 mkg of torque.

The gear box is the original one. Only gear ratios and bevel gear pairs have been modified to be able to shoot shorter. In fact it is not necessary to aim for a maximum speed beyond 200 km/h in the desert. This 911 has reached a top speed of 190 km/h!

The front and rear differential lockers were originally hydraulic. Agostino turned them into mechanics to make them more reliable. Now, it is possible to adjust the ratio between front and back and also the percentage of the rear locker.

The axels and suspension required a lot of work. Each wheel has more than 25 cm of travel.

The triangles are reinforced and there are two shock absorbers for each wheel. The track was extended to 2 meters while the wheelbase remained the standard one: 2.30m.

The frame has been reinforced at the front and back. The body has elements in carbon and Kevlar as for the doors, the roof and some panels. 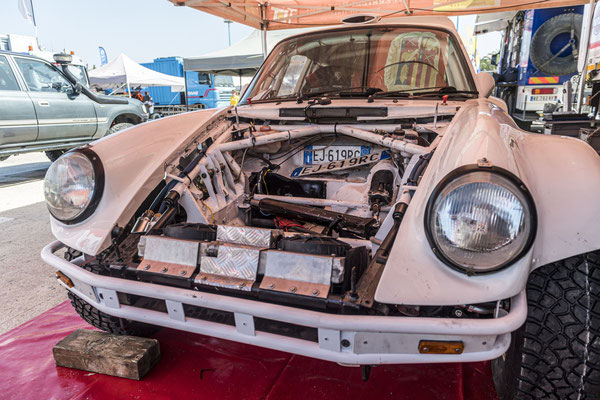 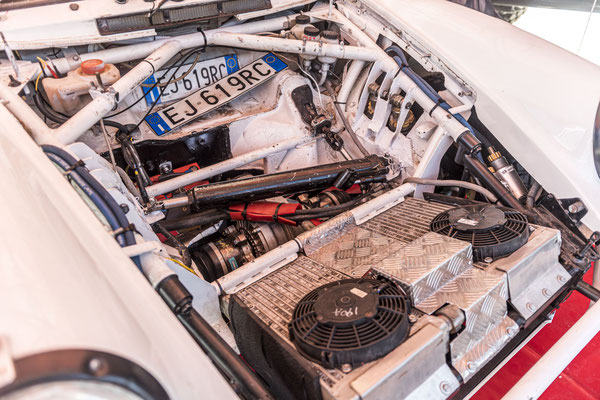 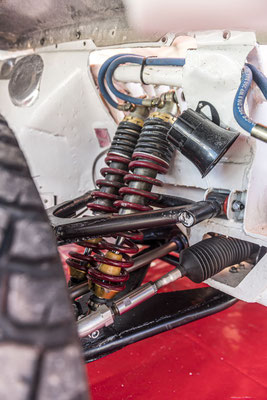 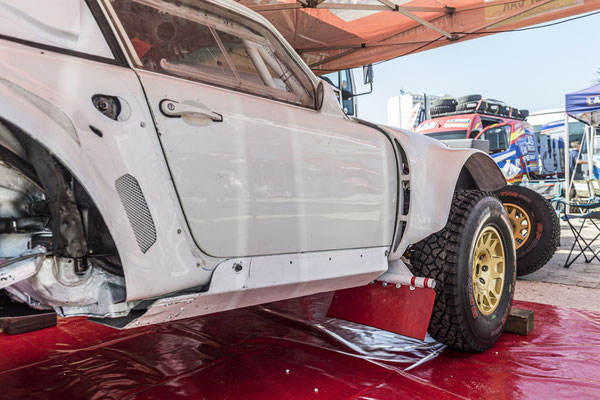 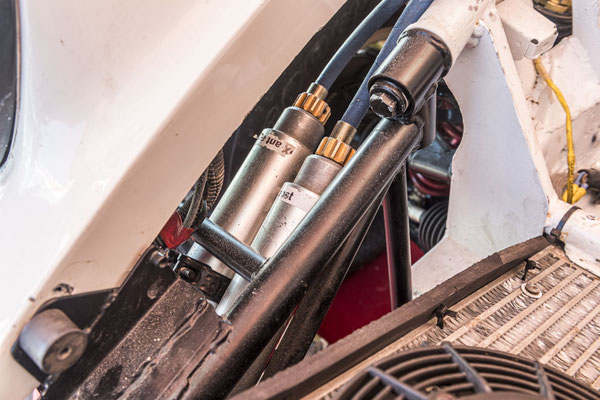 The interior of the Porsche 911 Rally Raid

Agostino wanted to respect as much as possible the original interior of the Porsche with all its instrumentation. However, it was necessary to add all that is necessary in the rally raid. There are of course race seats, a pilot/co-pilot communication system, a trip master and differential controls. 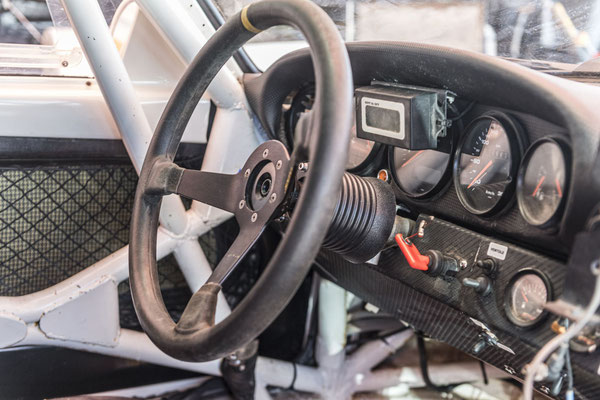 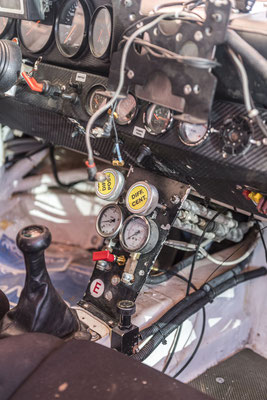 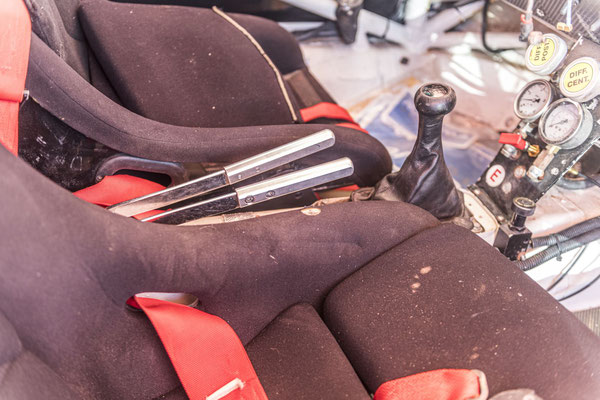 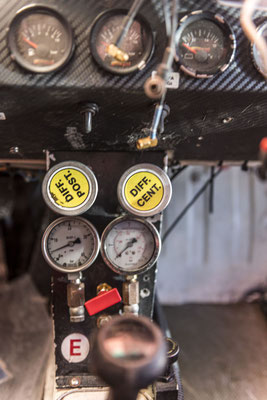 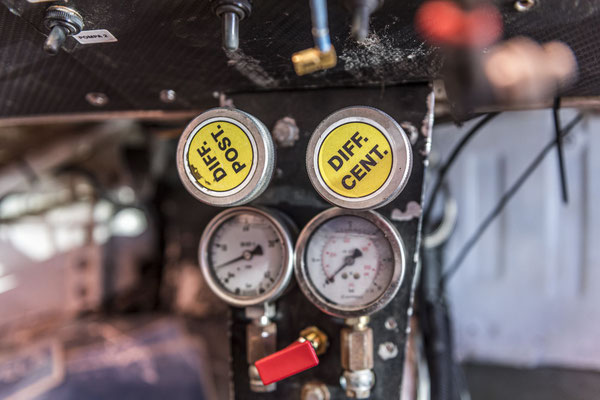 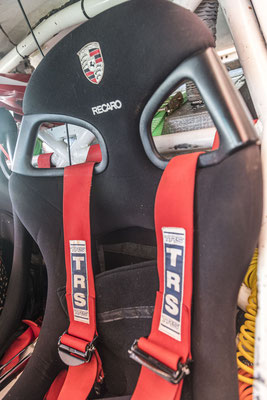 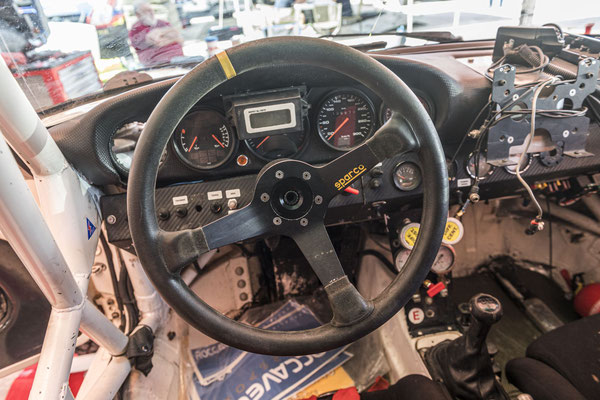