2011 Campbell 5AZ, the first IFS to win the King of the Hammers

Shannon Campbell is one of the most famous and best performing Ultra4 Racing drivers. Shannon won the King of the Hammers three times, 2008 - 2011 - 2017, and was the first to win the toughest one-day off-road race in the world with an IFS vehicle. I dusted off my article from February 2011 to present all the technical secrets of this historic rig.

Yesterday I was looking for information to write an article of Josh Byler's rig that won the King of the Hammers 2020. Among the various articles that I found, I focused on one in particular that deepened the dispute between solid axles and IFS (Independent Front Suspension). At the end of the story was reported a list of the King of the Hammers winners from 2007 to 2020. In this list, next to the name of the driver it was reported if his car was IFS or Solid.

Shannon Campbell, besides being together with Jason Scherer the only one to have won the KOH 3 times, holds the important record of being in 2011 the first to win the toughest one-day off-road race in the world with an IFS vehicle.

Reading this information was like stepping back in time for me. I was there on that Friday in February 2011! I was there in Johnson Valley witnessing that important page in the history of off-road and I had made a technical report on Shannon Campbell's vehicle.

I dived into my archives to find my pictures and article.

In some cases, to challenge fate and to venture with countercurrent technical choices, can prove to be a winning weapon; a weapon so decisive as to allow the protagonist of this story to boast the title of "King" and to win the 2011 Ultra4 Series. I'm talking about Shannon Campbell, owner of Campbell Enterprises, an American company specialized in the construction of off-road vehicles for competitions, and of course of its particular prototype which brought it to the top step of the Californian off-road race par excellence.

The two fundamental characteristics that differentiate this Ultra4 rig from all the others are the front suspension system with independent arms, with all the subsequent technical choices deriving from it, and being a single-seater tubular. This choice entails the risky consequence for the driver to run without a co-pilote which could prove useful in various situations but which, as Campbell has pointed out, allows to gain lightness and have a very well balanced vehicle. I carefully observed this car during the King of the Hammers, I can only agree with Shannon because, even in the most difficult trails of the Johnson Valley, thanks to the generous horsepower available, good vehicle mobility combined with Shannon's driving skill, the co-pilot is actually not strictly necessary.

The other project choice, is the IFS suspension that gives this rig an undoubted advantage in driving, which is more precise along the fast sections that represent 80% of the King of the Hammers race course.

All the secrets of 2011 Shannon Campbell's 5AZ

There are 550 exuberant horsepower delivered by the Corvette LS3 6.2L Small Block V-8 engine modified by the Californian Turnkey Engine. The engine is positioned inside the frame in its rear part and this implies some peculiarities in the transmission that we will see later.

Dynomax is the double steel exhaust.

The cooling of this powerful engine is guaranteed by a large aluminum radiator made by Ron Davis Racing Radiators with two electric fans positioned vertically behind the engine.

Both the automatic transmission, a Hughes Performance Turbo 350 and the Advance Adapters Atlas 3.0 have been mounted upside down compared to the classic position because of the rear engine. Both occupy the space that is normally dedicated to the co-pilote inside a tunnel.

The sturdy, to withstand all the stresses and the large torque of the engine, transmission shafts are both of the 1350 series made by Arizona Driveshaft.

Another particularity of this vehicle are the axles and the differentials; the front, as I mentioned, has independent arms and therefore we find a Currie 9" Center Section from which the axle shafts go to the wheels.

The rear axle is a 9" Currie Enterprises but made specifically for this vehicle as the differential must be positioned to the right to be aligned with the transmission.

The system to lock the differentials is the classic and performing ARB.

At the front there is a IFS suspension system consisting of a large and robust lower trapeze and an upper tubular trapeze to which the wheel hub is secured by means of jolly joints. The double shock absorbers are Fox Bypasses combined with Coilover. Thanks to the length of the arms and their geometry, this system allows a good excursion.

At the rear, where there is a solid axle, we find a more classic system consisting of a 3-link with two large lower arms and an upper tubular one. To keep the axle in line, a panhard bar has been adopted placed behind the axle and which is fixed directly to the frame, while an Antirock Currie bar has been installed to stabilize the vehicle. Here too we find the combination of Bypass and Coilvoer shock absorbers by Fox but with a longer length to accommodate the mobility of the axle.

The steering system is made with the components from Howe Performance; it is a rack-and-pinion box that acts on a track, which, moving to the right and left according to the controls of the column, acts on the arms that go to the hubs of the wheels. The constructive peculiarity of these elements allows that the directionality of the tires impressed by the steering wheel and by the whole steering system is not changed during the positive or negative movements of the trapezoids.

The frame, on which the various closing bulkheads were then fixed, is completely designed and manufactured by Campbell Enterprises of which Shannon is the owner. The external appearance of this truck is very gritty and suggests its innate vocation for speed combined with great agility.

The front winch is a 9000 Warn positioned above the steering system.

On the roof are fixed with a special frame three powerful KC headlights with relative cover.

The seat with the relative belts is from Master Craft Safety.

The very essential dashboard is all built on the tunnel positioned to the right of the driver and there are all the controls.

The sports steering wheel with kidnapped release is from Sparco. 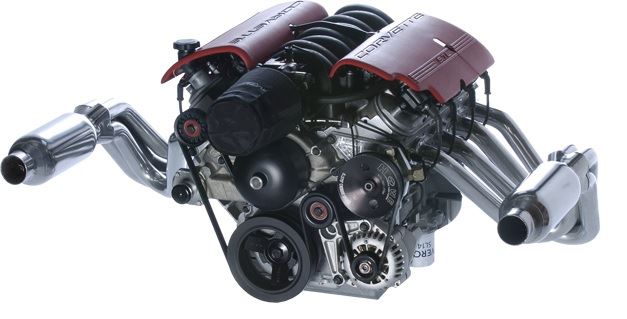 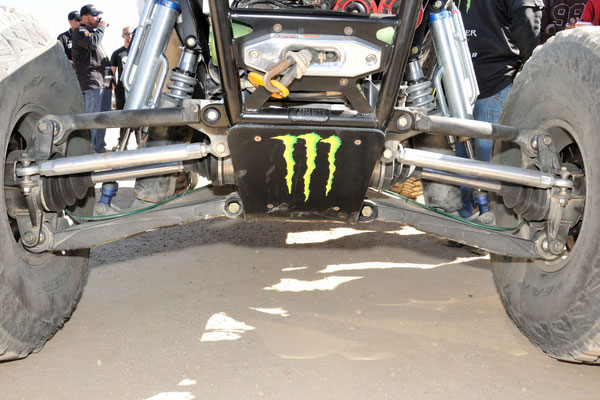 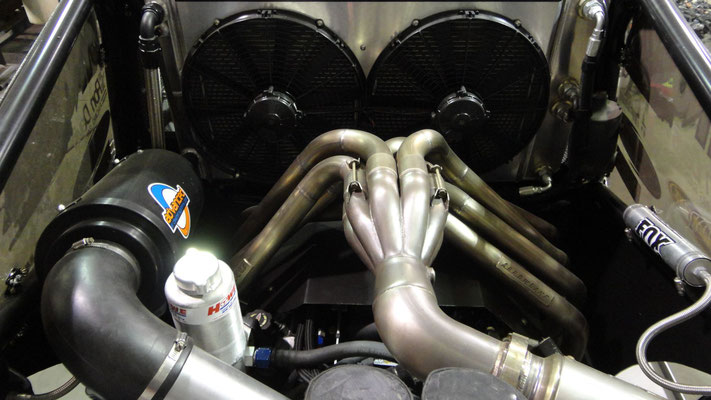 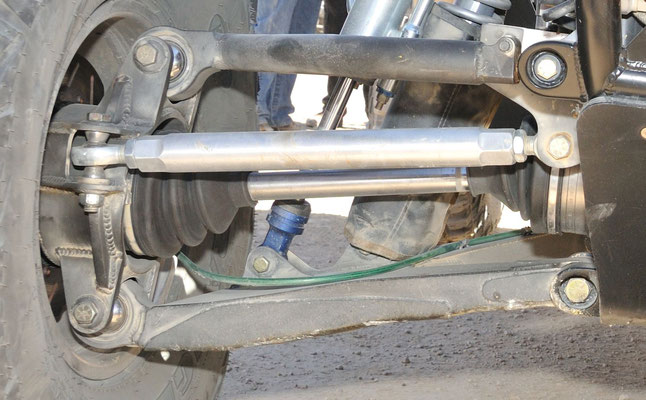 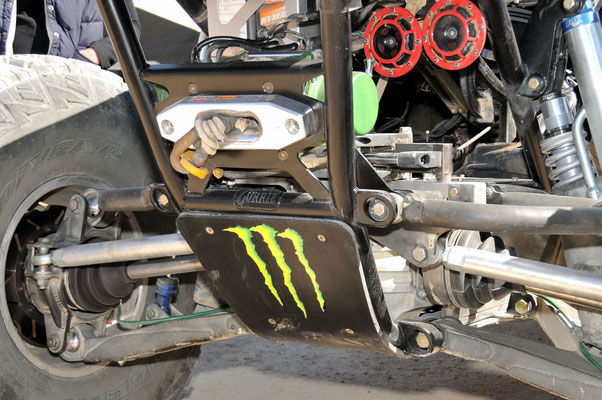 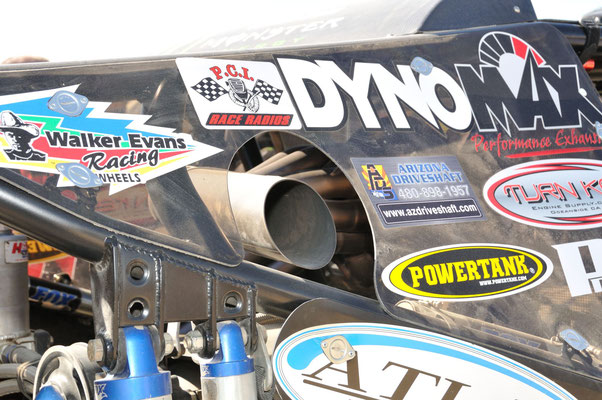 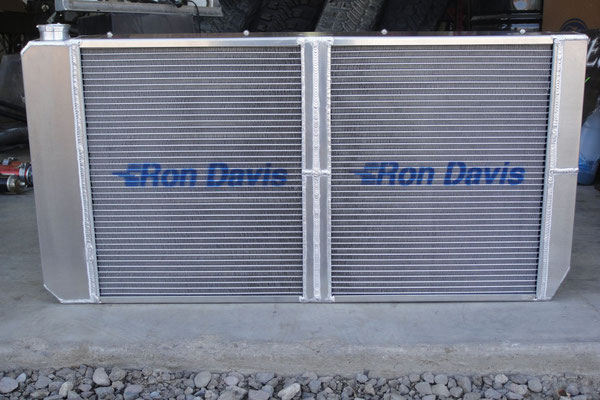 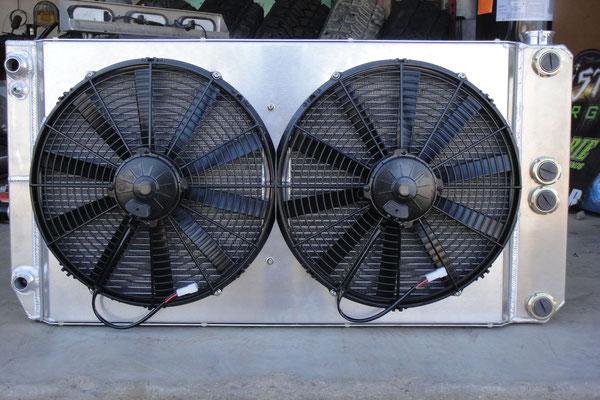 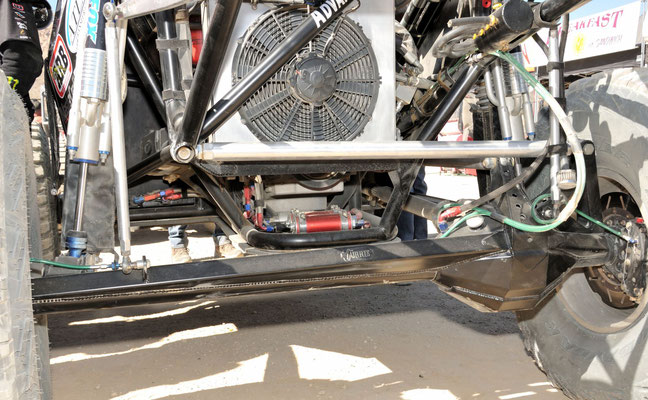 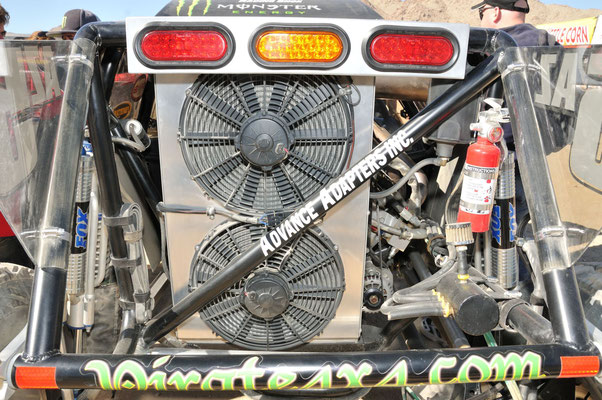 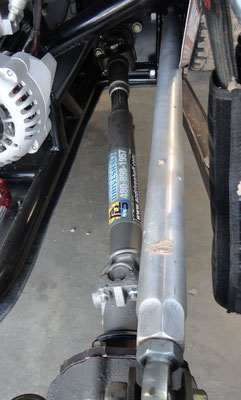 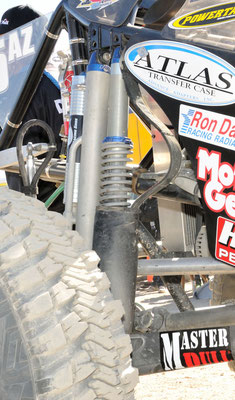 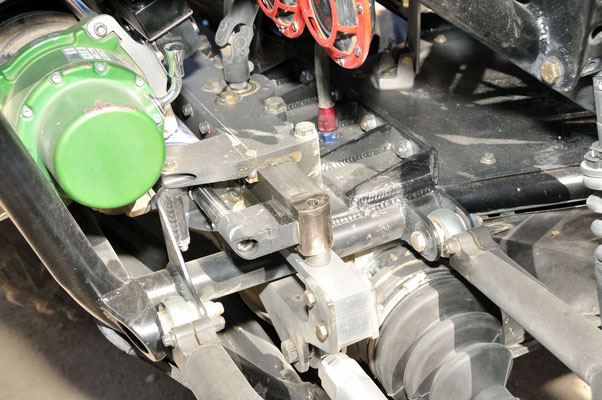 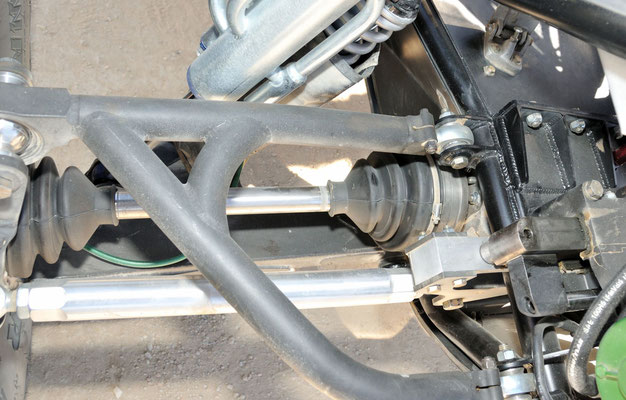