HooptieX Gambler 500: how to race at the King of the Hammers week with a clunker

Who said you have to spend a lot of money to race and have fun? The Gambler 500 HooptieX is a good example of this. You buy a dump car by spending no more than $ 500, fasten your seat belts, put on your helmet and ... have fun! Here's how it all happened at King of the Hammers.

I know, I got you used to different kind of articles: professional races and high-performance vehicles. This time, however, I want to show you and talk to you about a very different aspect of the world of American motorsports. One aspect of this sport that is much more funny and affordable for all budgets. I'm talking about the HooptieX Gambler 500.

Anything can happen in Johnson Valley

Wednesday 5 February, the day of the Everyman Challenge, while I was returning from Backdoor to Hammertown, along the busy desert track I see a different camp from what I am used to seeing in the Lakebed. Two-wheel drive cars, which looked more like scrap, surrounded by a rowdy crowd of people.

All I can do is stop to get to know them and to get their story told. In fact, I already knew that the vehicles of the Gambler 500 would race on Saturday 9 February, but I could not miss the opportunity to talk to them. There were those who drank a beer, those who cut a fender to let the tires in and those who chatted and enjoyed the desert.

HooptieX Gambler 500 or how to race with a shitty car

Tate Morgan, along with some friends, is the mastermind behind the Gambler 500. The first Gambler 500 took place in Oregon in 2014 according to a very simple principle: buy a shitty car, spending no more than 500 dollars (although some actually spend more), prepare it with a minimum (seat belts and helmet required), get behind the wheel, have fun and try to finish the race.

Gambler 500 HooptieX at the King of the Hammers

This year at King Of the Hammers, it was the first time that the Gambler 500 and HooptieX tribes went down to the Short Course arena to race, obviously without going through the hard rocky areas, along the desert track and on the jumps.

Drivers showed up on the starting line with their hooptie, some really in a state close to demolition, others painted and scratched with a spray can and even one completely covered with a synthetic fur.

The atmosphere could only be carefree and funny with a large audience who came to watch these "crazy" pilots in action.

The highlight of the show was the final jump ... some cars blew up the suspension while others left body parts or bumpers on the course. 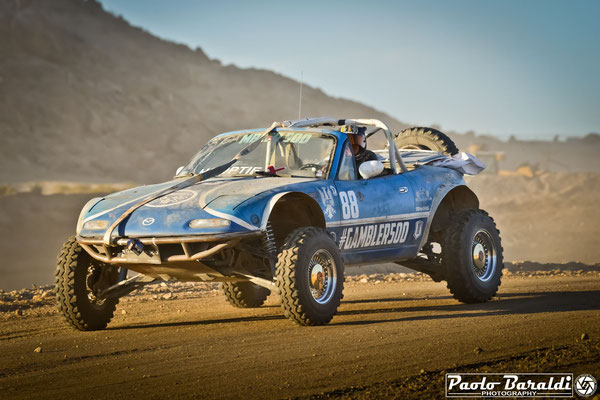 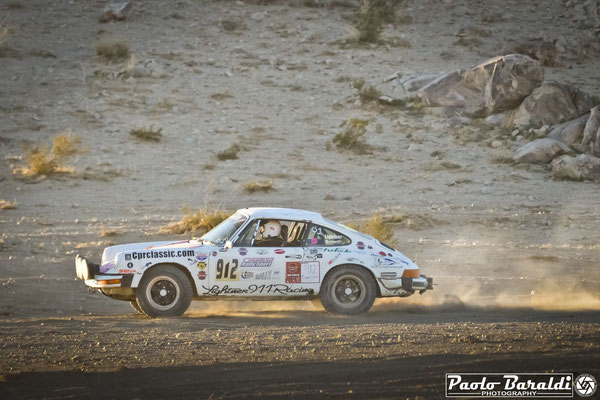 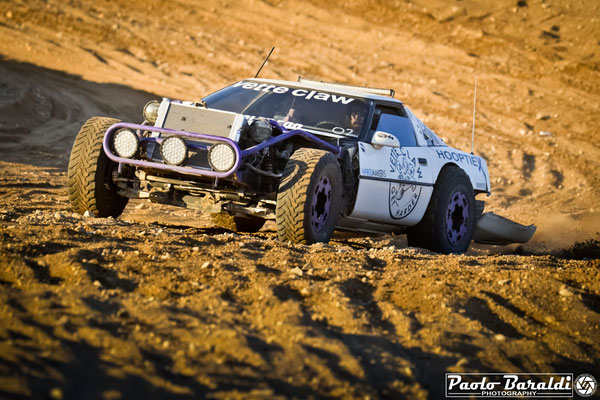 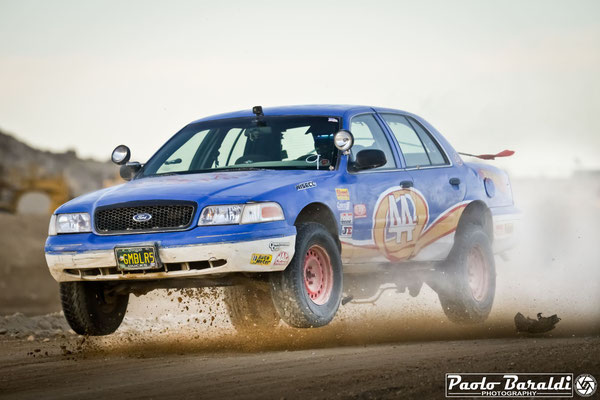 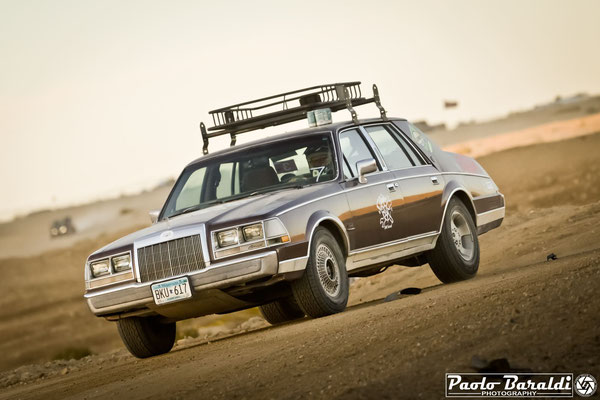 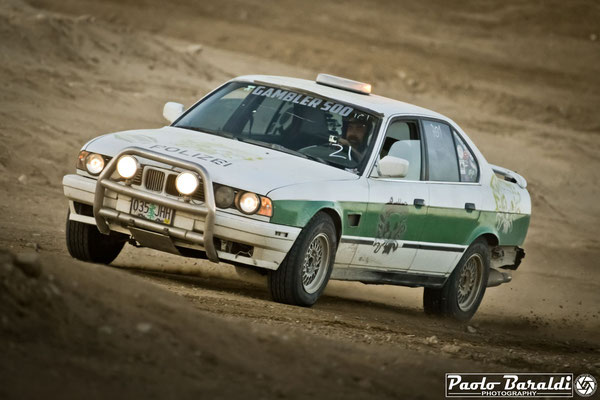