Everything about the 2019 King of the Hammers

In its thirteenth edition, the King of the Hammers has become an event in the event like no other in the world. A week entirely dedicated to offroad that has thrilled the large audience in the Johnson Valley and the one that followed the KOH Week at home. From the UTV to the Ultra4 prototypes, passing through the Desert Trucks, the show was of high quality thanks to the powerful vehicles and the skills of the drivers in the race. Jason Scherer wins the Nitto King of the Hammers Powered By Optima Batteries for the third time and he is the first back-to-back winner. Casey Gilbert the 4 Wheels Parts Every Man Challenge, Luke McMillin the Toyo Desert Invitational presented by Monster Energy, Will Stewart the Holley EFI Shootout Presented by KMC Wheels, King Shocks, and Action Sports Canopies and Mitch Guthrie Jr. the Can Am UTV King of the Hammers presented by HCR.

The one of February with the King of the Hammers has become for all offroad fans one of those events that is impossible to miss. 50,000 spectators, in the Lakebed and 2,000,000 from home, thanks to the numerous live steaming, have followed the KOH Week that every year becomes richer and more spectacular. The center where everything happens is Hammertown; ephemeral city that rises quickly from nothing in Johnson Valley, in the Mojave desert, and which just as quickly fades after the event. The 2019 edition of the KOH Week began on Friday 1st February with the pre-runnings and ended on Saturday 9th February with the award ceremony and the Genright KOH Experience. The only night event of the week was the Holley EFI Shootout Presented by KMC Wheels, King Shocks, and Action Sports Canopies. Will Stewart was the fastest to climb the rocks path of this short but intense race. This year, 6 teams of Ultra4 Europe have had this unique opportunity and have put themselves at the side of the big names of Ultra4 Racing, living what for many is an unattainable dream. 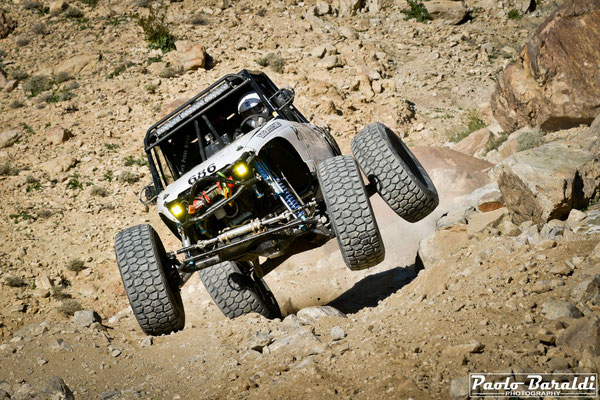 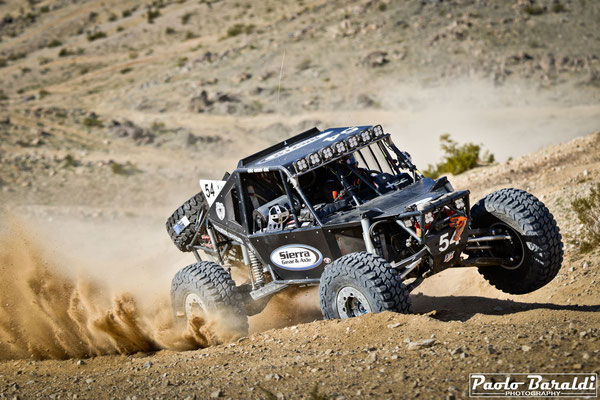 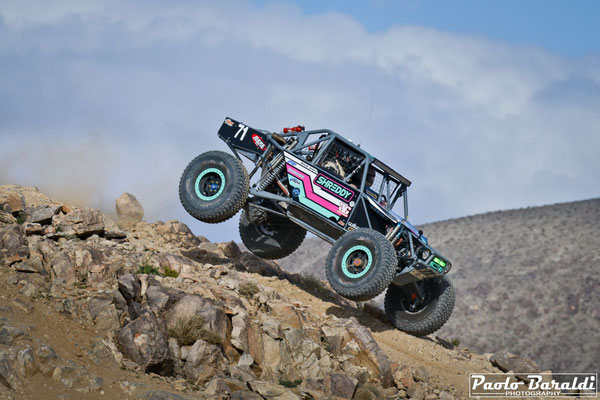 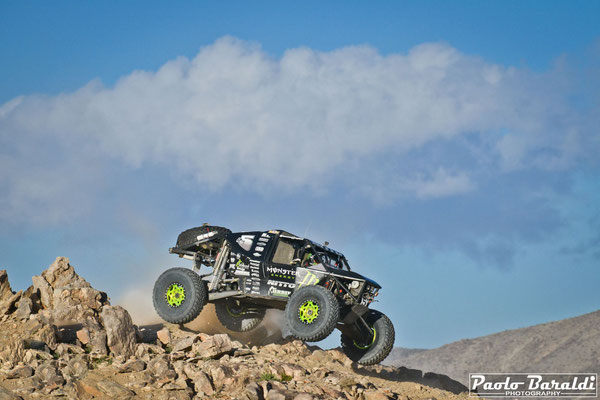 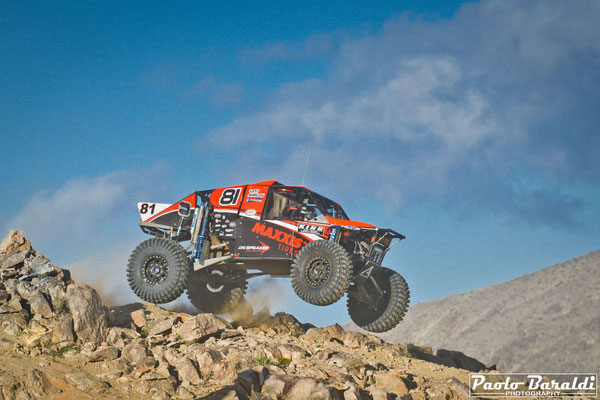 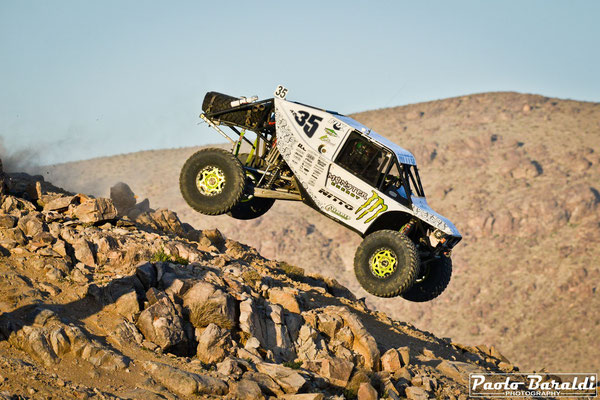 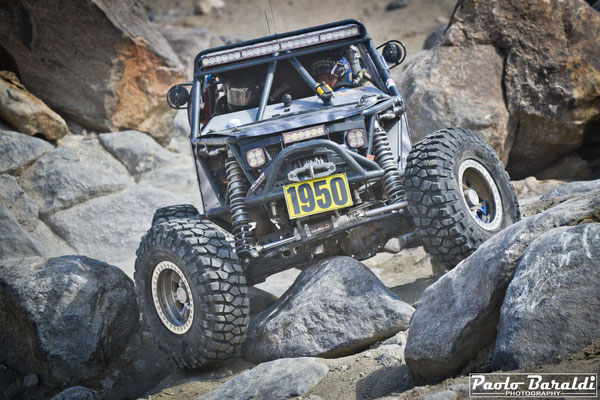 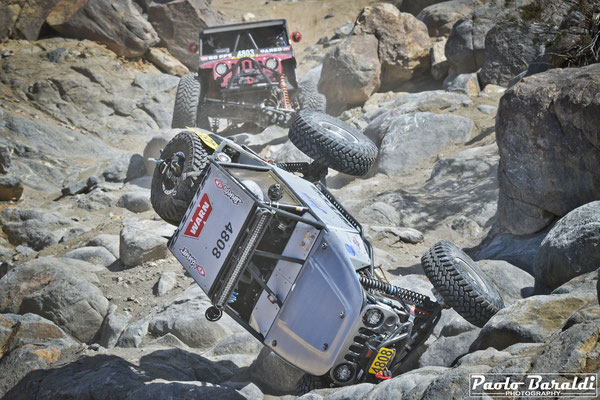 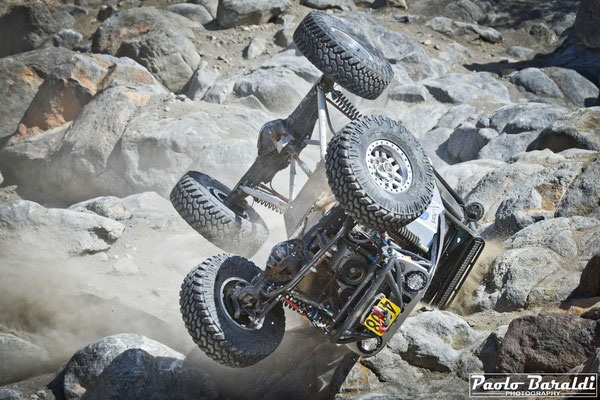 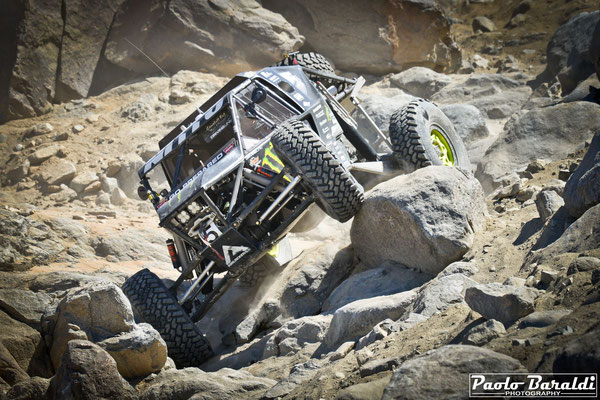 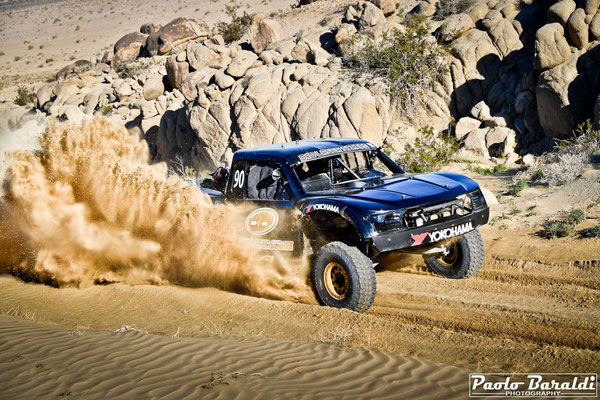 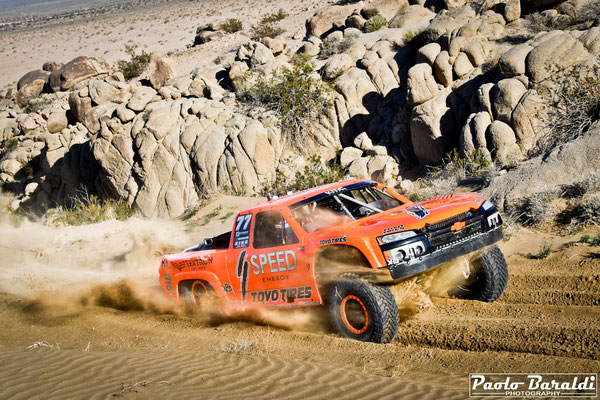 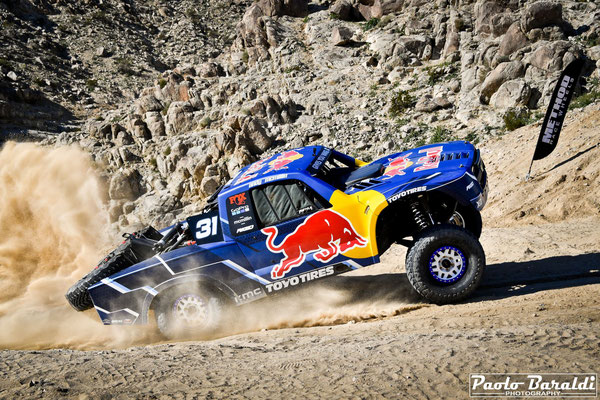 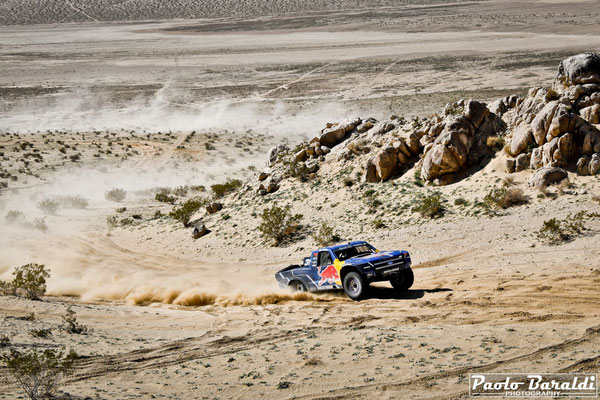 4 Wheels Parts Every Man Challenge - Monday, February 4th there were the qualifications for the 4 Wheels Parts Every Man Challenge dedicated to the lower categories of Ultra4: the Yukon 4500 Modified Class, the Spidertrax 4600 Class Stock and the  Branik Motorsports 4800 Legends Class. In the Short Course drivers were challenged to register the best time and then access the best places on the starting grid of the race. Casey Gilbert, class 4800, (02:38.1) was the fastest in the qualifying and also the winner of the EMC which took place on Wednesday 6th February. Read more

EMC Stock Jeep Gladiator - In the Stock class, the new Jeep Gladiator prepared by Savvy Offroad and driven by Erik Miller and Robby Gordon has attracted a lot of interest. In qualifying they obtained the best class time, while in the race they ranked sixth among the Stock. Read more

Toyo Desert Invitational presented by Monster Energy - The T1 Desert Trucks are the absolute novelty of this thirteenth edition of the King of the Hammers. Thursday, February 7th, after the prologue, we witnessed a fantastic and spectacular race won by Luke McMillin. Read more

Nitto King of the Hammers Powered by Optima Batteries - The powerful Ultra4 Class 4400 vehicles took to the field on Tuesday, February 5th for the qualifying along the Short Course. Nick Nelson with a time of 02:18.39 was the fastest of all. On Friday 8th February the race was held which everyone was waiting anxiously. At eight o'clock in the morning the first drivers left to face the 235 miles of the course. Many switches have enlivened the King of the Hammers that after 6 hours, 32 minutes and 39 seconds was won for the second consecutive time by Jason Scherer. Read more

Genright KOH Experience - Being able to drive your Jeep on the King of the Hammers race course is a unique opportunity, made possible thanks to Genright Offroad. Saturday, February 9th the convoy led by Tony Pellegrino on his new Terremoto followed the route of the KOH 2019. Read more

Team Europe - As announced by Dave Cole in Portugal last September, the best European drivers of Ultra4 Europe were able to participate in the King of the Hammers 2019. Team Europe, composed by Nicolas Wsr Montador (F), Iñaki Lanzagorta Egia (E) , Daniel Roderick (UK), Neville Ciantar (M), Michael Hen (IL) and Stijn Vekeman (B), could fulfill the dream of many European drivers to race in the toughest one day desert race in the world. Read more