2019 Can-Am UTV King of the Hammers Presented by HCR

King of the Hammers week started with the UTVs who have been competing in the Lakebed since 2009. Technology is improving in leaps and bounds each year, just like Ultra4 cars.  To rise to the challenge of increased horsepower, bigger shocks, and larger tires from the manufacturers, Hammerking promoter Dave Cole promised to make the 2019 Can-Am UTV King of the Hammers presented by HCR the toughest in history.  Just four years ago, only five UTVs finished the race.  In a testament to the sport and vehicle progression, despite a course that was longer and more difficult than ever, twenty-eight vehicles finished the  2019 Can-Am UTV King of the Hammers race within the nine-hour time limit. 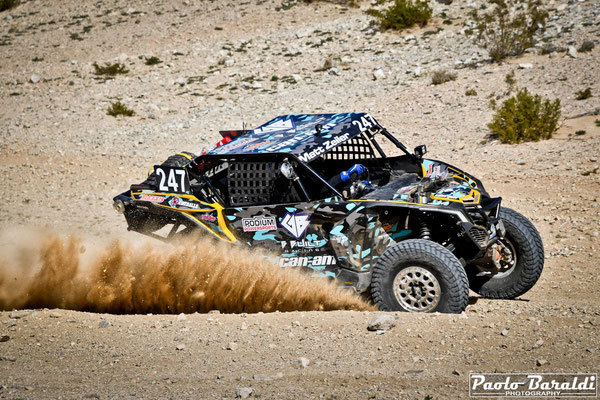 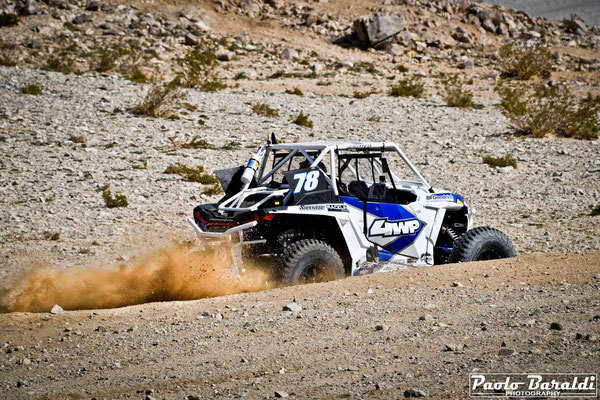 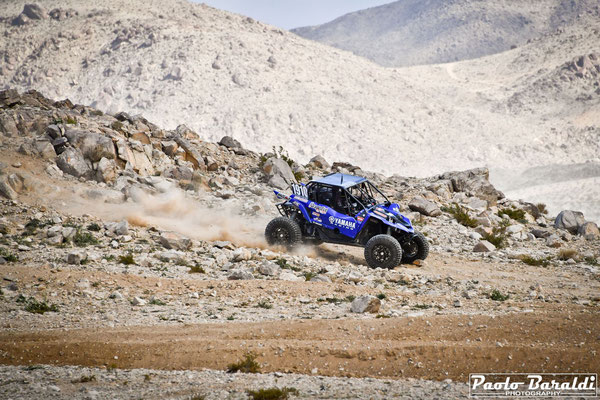 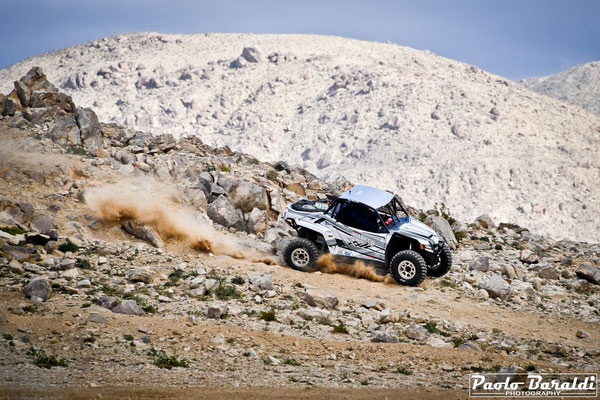 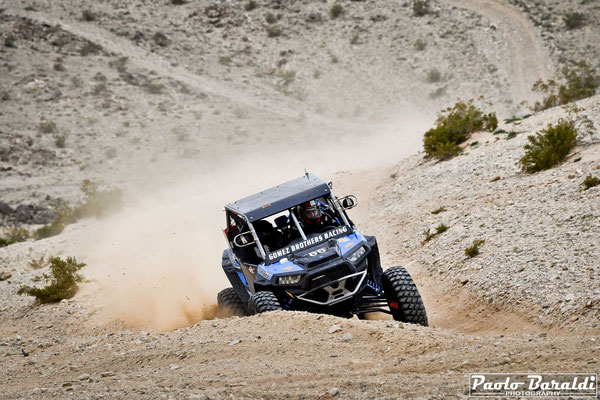 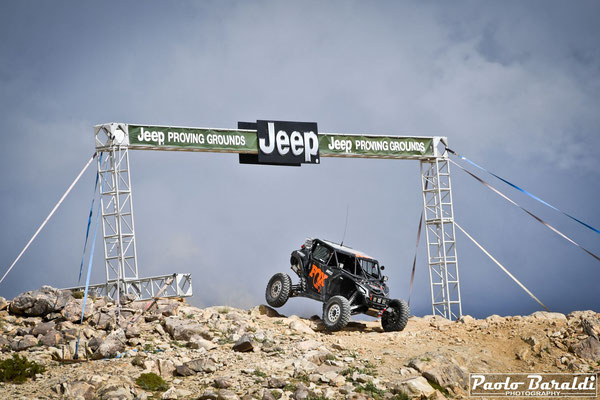 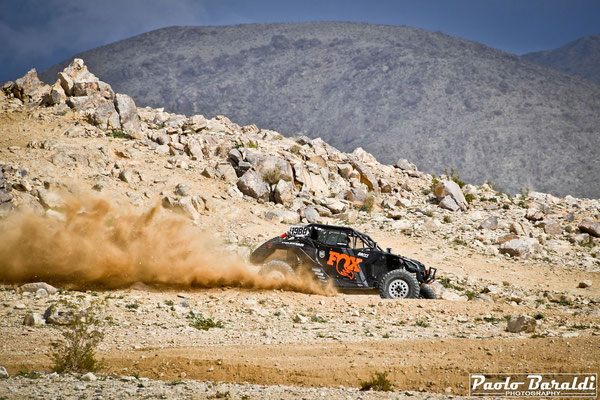 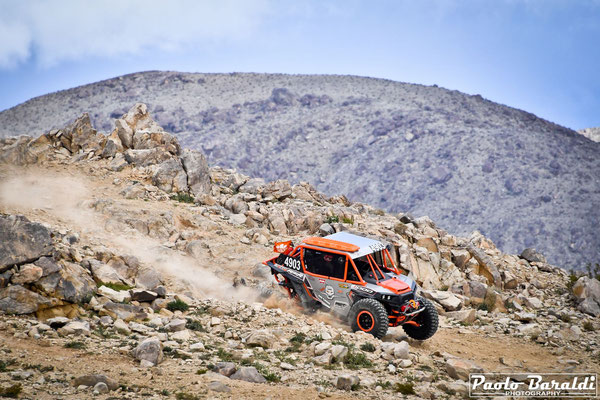 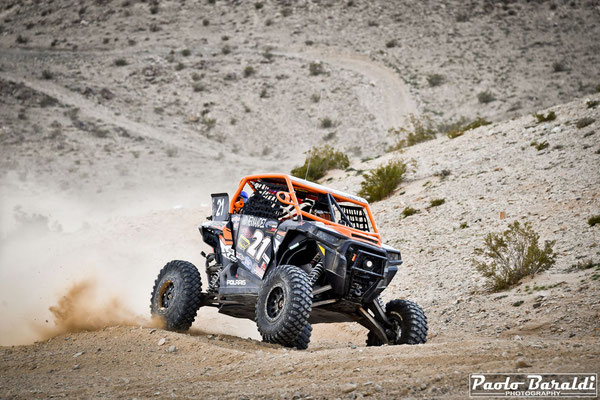 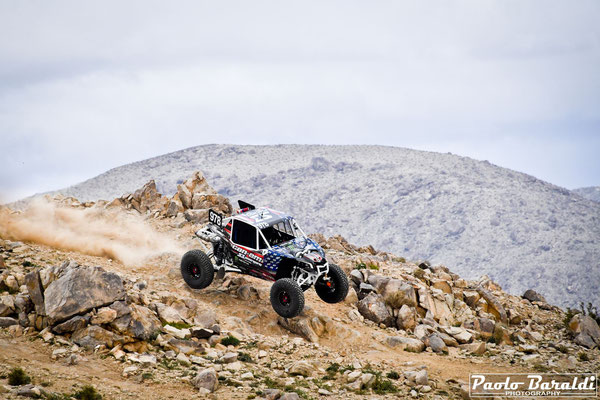 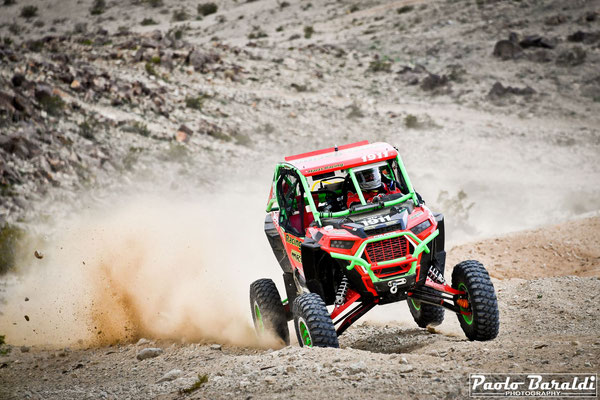 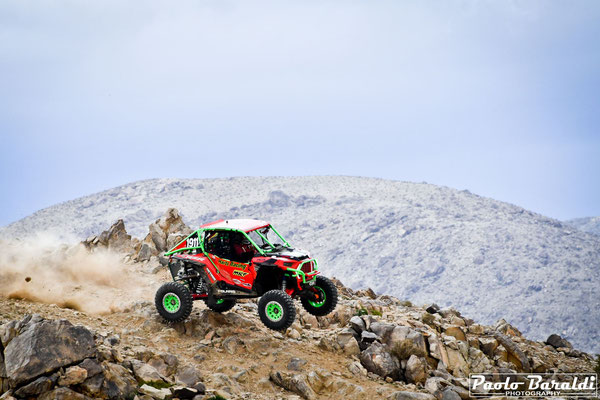 This year a European team participated in the Can-Am King of the Hammers presented by HCR: the brothers Stjim and Wouter Vekeman from Belgium. The starting grid showed them in 92nd place.

Can-Am King of the Hammers presented by HCR - On Sunday 2nd February at 8am the race began: 160 miles in total: 91 in the desert and 69 along the Johnson Valley Hammers, trails that challenge even Ultra4 cars with 40-inch tires and V-8 engines.

When the green flag dropped, Phil Blurton passed both Guthrie and Chaney in his turbocharged Can-Am Maverick X3 to take the physical lead in the 91-mile desert loop. When the race moved to the infamous Hammers rockcrawling canyons though, everything changed.  22-year-old Mitch Guthrie Jr. has literally grown up in Johnson Valley, where his father has won the King of the Hammers UTV race six times. “We’ve been doing a lot of pre-running this week. The rocks are where it counts, and we had some great lines through them. We never even had to wrench,” Guthrie revealed at the finish line. “I definitely felt pressure after winning (last year), but you learn to deal with it,” Guthrie shared after besting the next closest competitor by nearly half an hour.  “I’ve been racing for a while, and you have to think about it as another race, but in the back of your head you know it’s King of the Hammers, and it’s the biggest race of the year.”

Ultra4 driver Wayland Campbell came in second after a penalty pushed Branden Sims back to third place. “It’s a huge advantage to run the UTV race before the 4400 on Friday. The course gets so chewed up and changes, you don’t know what to expect on Friday.” Campbell finished second in the UTV race in 2017 but didn’t finish the race in 2018, “so this was big for us. I saw both my dad (Shannon) and sister (Bailey) on the course. My sister tried to pass me on the lakebed, and I passed my dad around mile 40, but then he caught back up to us. I don’t know where he went after that.”   Shannon Campbell was close behind, finishing 4th overall. Bailey Campbell due to some problems finished in 27th position.

Champion desert racer Branden Sims (third) finished on the podium for the fourth time, but has yet to win the Can-Am UTV King of the Hammers race. “My expectation was to get first,” Sims confessed. “That’s been my expectation for six years now. A podium is always good, but I really wanted that win. Mitchie was one fire, though, and he’s my teammate. We’ve raced together a lot I, and I know what he can do and what he’s capable of. First would have been nice but maybe next year.”

For the European Vekeman brothers their adventure in Johnson Valley stops at 76th position due to some mechanical problems.