Montador and his rig WSR 500

Let's continue our journey into the world of Ultra4 Europe by introducing the French Nicolas Montador and the rig with which he will participate in the King of the Hammers 2019. Nicolas has moved from stuntman and restorer of old cars to Ultra4 prototype builder and top driver of Ultra4 Europe.

I think I met Nicolas Montador for the first time in 2011 at Breslau. Since then, our lives have crossed many times and, with pleasure, I have witnessed its continuous evolution as a pilot and as a offroad car builder.

Nicolas is not born as an offroader. His professional story begins as a road car repairer and restorer. "Before becoming an offroader, I was working on asphalt sports cars. Last mine restoration was a Porsche 904GTS and an old Beetle with many Porsche parts under the bonnet; the Bettle was 3 seconds faster than a Carrera Cup on the Paul Ricard Circuit. Very cool car!" In those years, Montador also worked as a stuntman for Rémy Julienne; famous French stuntman, active from the mid-sixties until 2010.

The meeting between Nicolas Montador and offroad took place towards the end of the first decade of 2000 thanks to a friend who went to him workshop to show him and test a Range Rover Classic that he had just bought. On returning from the test, Nicolas said: "ok next week I will buy a Defender because for me 4x4 was equivalent to Defender. Then my brother bought a Wrangler 4.0 and our first race was in 2007 the Outback Challenge in Morocco. That year we were second and the following year we won the race." Nicolas also took part in some Breslau, best result was seventh, but mud and deep water was not for him.

"At that time I was looking for a different offroad style ... then, one of my customers came to ask me to build a tubular frame because he had seen my brilliant Range Rover V8. The customer told me: if you build a tubular frame with the quality of your Range, I'll buy one immediately! My finishing quality comes from my experience with the restoration of old car." This is how the first WSR frame was born!

Later, the same client, during a visit to the workshop, told him that the Ultra4 races would arrive in Europe. "I immediately sold my Range and in just 6 weeks I built my second tube: the WSR 2. I raced at the King of the Valleys 2012 and since then I have never lost an Ultra4 Europe race. Next year, in February, I'll be in the Lakebed running at the King of the Hammers ... a dream come true! Thanks Dave Cole for having the excellent idea of organizing a race, the first KOH, with a box of beers as a prize!"

After knowing the story of Nicolas Montador, let's discover all the secrets of his WSR-500 rig with which he will participate in the King of the Hammers 2019. It is a tubular prototype with a rear engine completely built in the French Nicolas atelier located in Marines. The heart of this car is a Chevrolet LS3 with 525 horsepower with TH400 gearbox modified by ATD and Atlas transfer case. The 4-link suspensions are build with FOX coilover and bypass. This latest version of the WSR prototypes contains all the experience gained by Montador in recent years and is also the most beautiful and performing that Nicolas has ever built. We can not wait to see that WSR-500 in action in the Johnson Valley and to see Nicolas Montador compete on equal terms with the best American drivers. 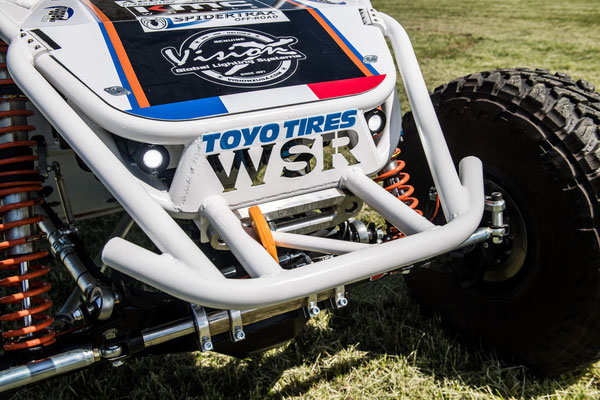 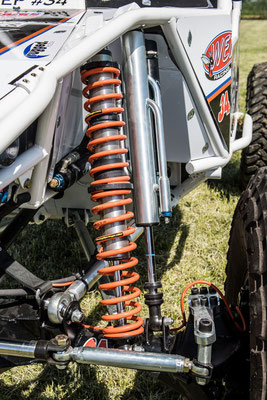 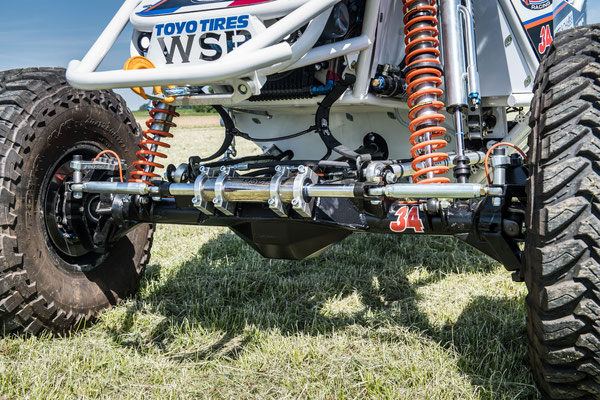 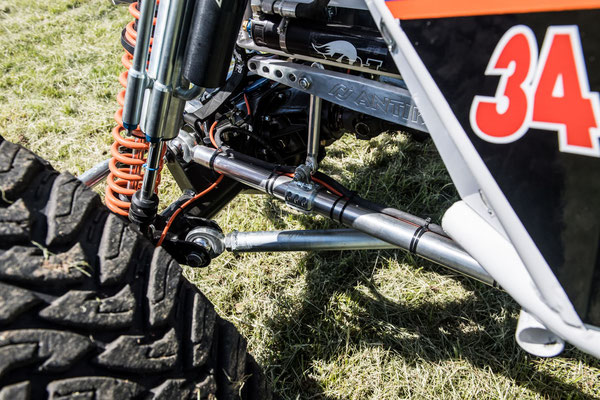 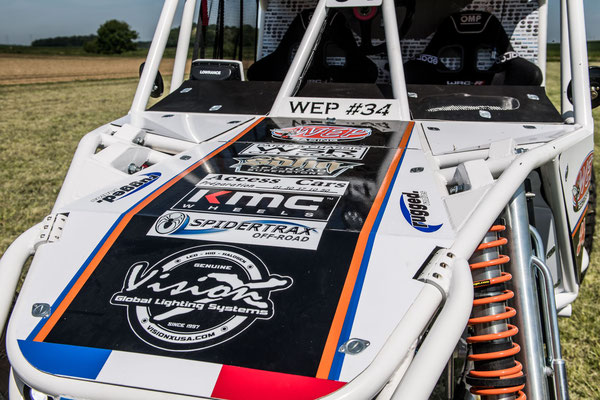 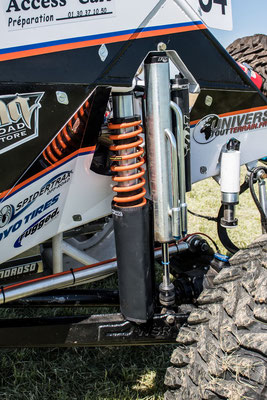 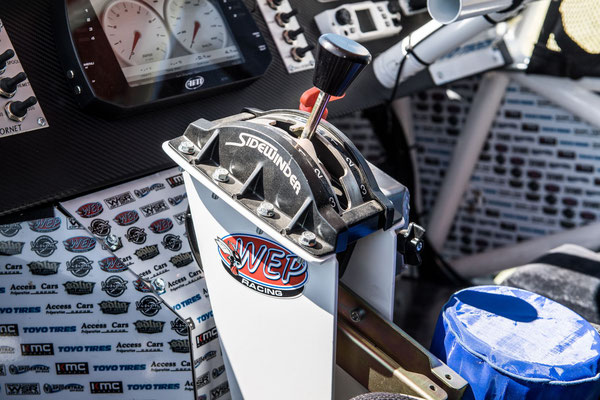 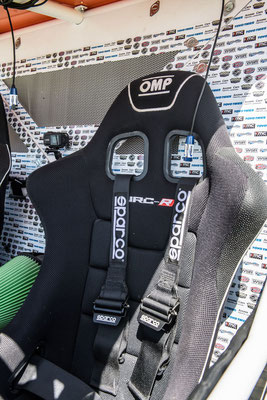 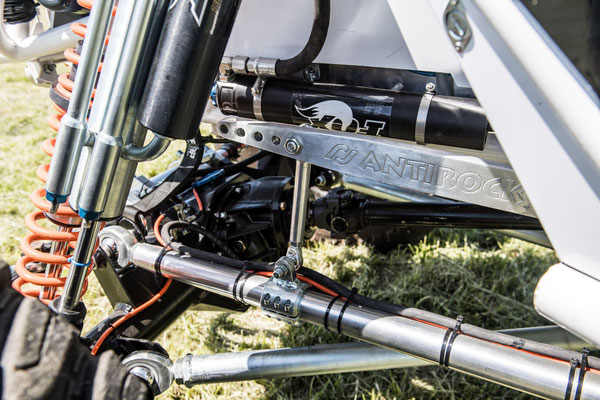 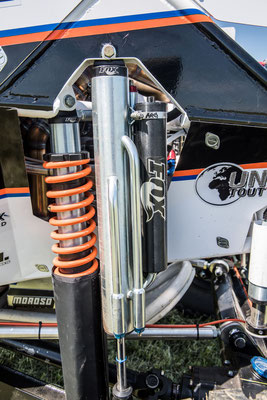 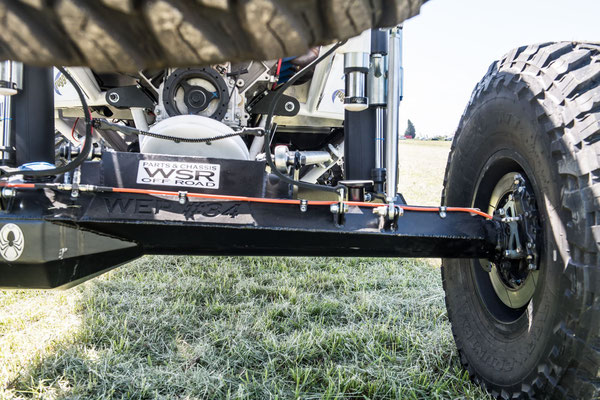 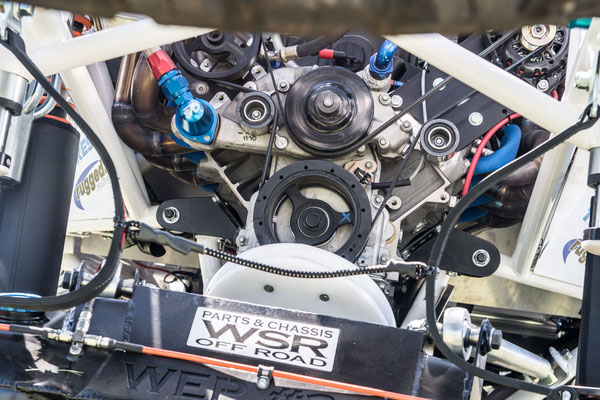 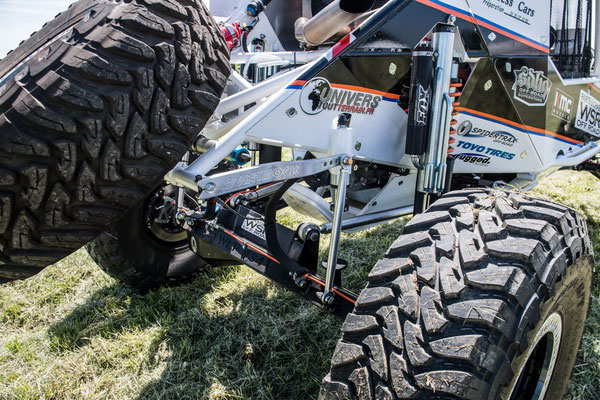 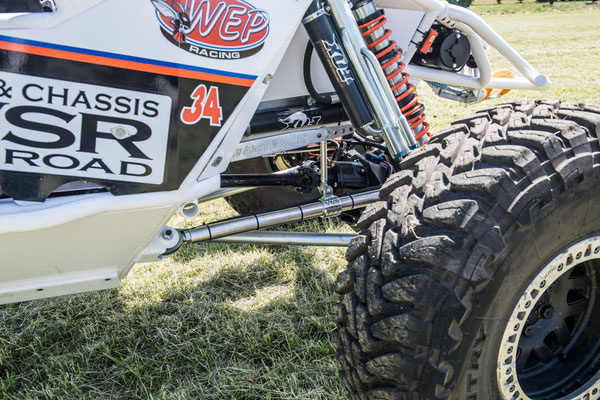 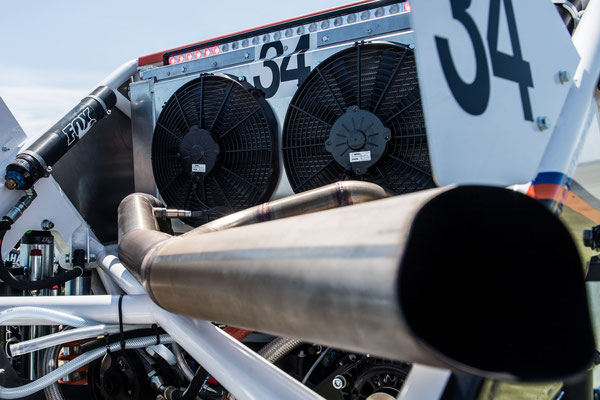 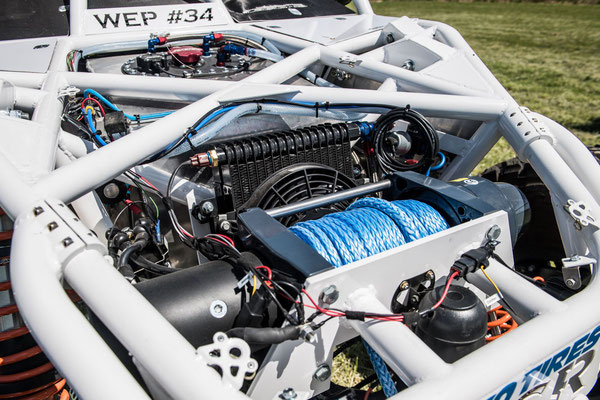 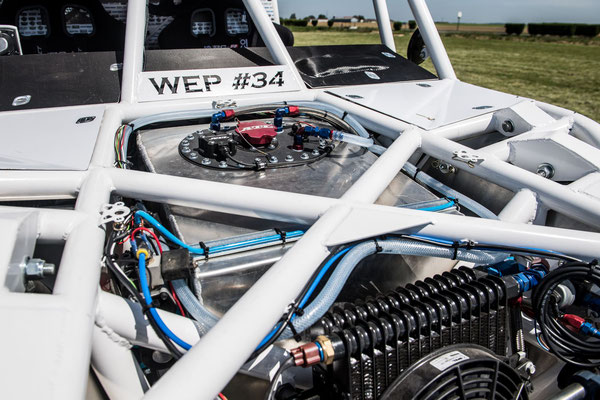 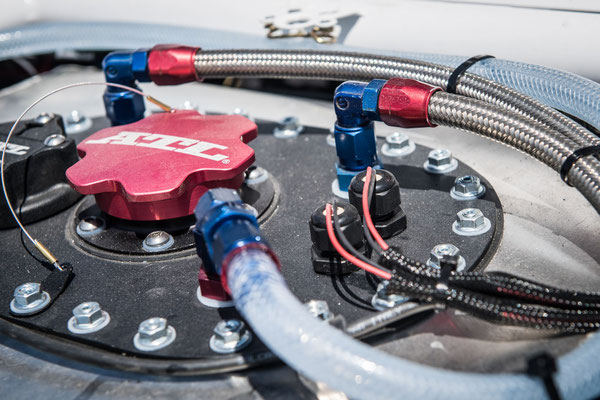 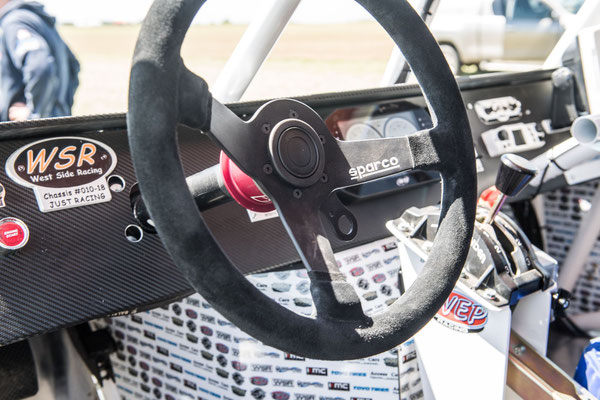 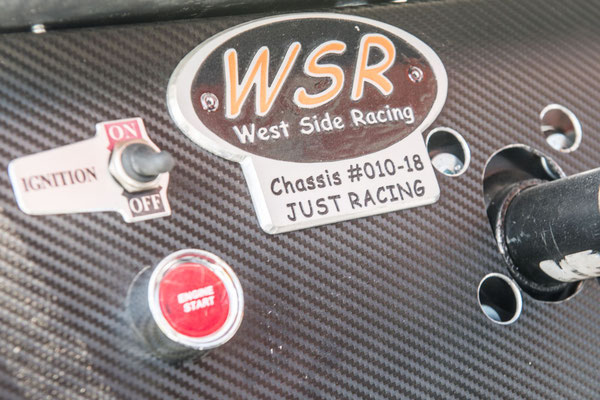 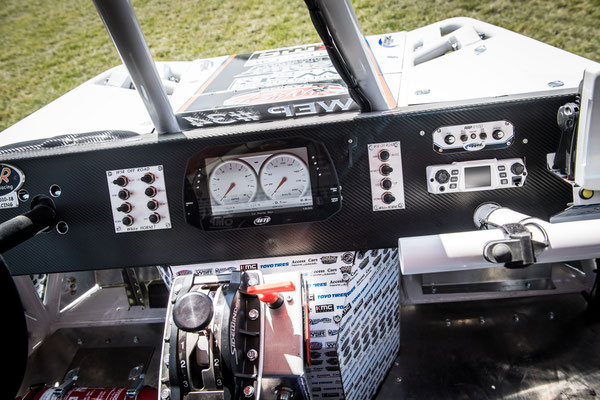 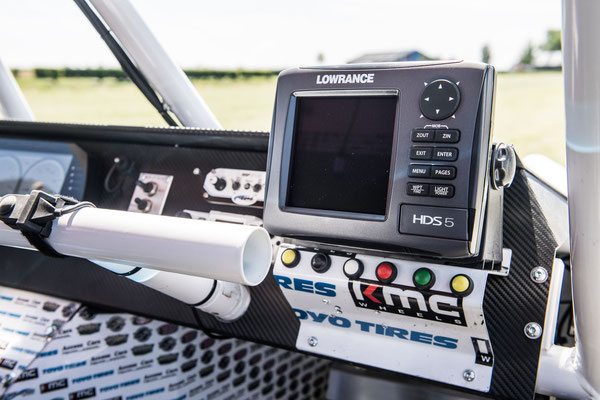 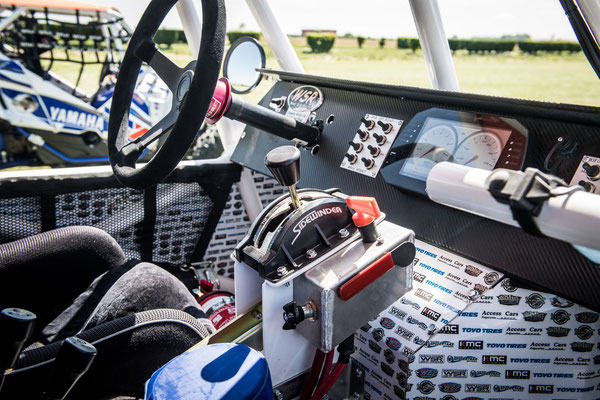 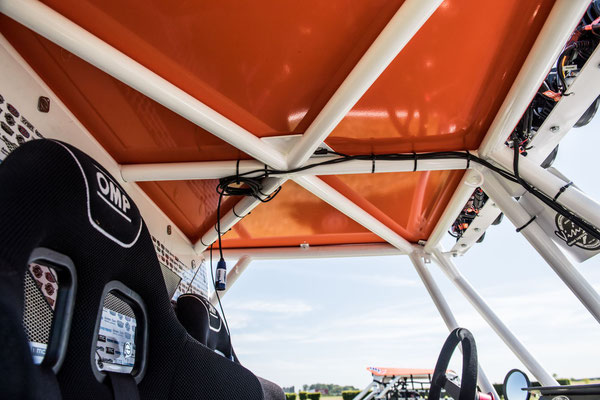