The Wrecker and Kenny Hauk are those encounters that are not forgotten, that leave you speechless and that repay you from any difficulty of the photojournalist's job. With the emotion of this meeting still alive, I will tell you all the secrets of this most unique and rare tow truck.

You cannot imagine what my emotion was when, crossing Hammertown to go to my RV, I saw the Wrecker. It was there on display at the stand of Amsoil with a huge number of people who were photographing it and admiring every detail. And so, after the Trophy T, the Hill Camino, the Trophy Rat, the Galaxia de la Baja, the Race Tractor and the Ultra49Ford, I had the opportunity to discover another unique piece of American automotive and off-road culture.

After a few minutes to recover me from the pleasant shock of this vision, I ask the Amsoil hostes if I can speak to the owner of this unique vehicle. A very nice guy arrives and says: "Hi, I'm Kenny owner of Hauk Designs and this is my truck. How can I help you?"

I introduce myself, I congratulate him for the Wrecker, I talk to him about my work as a photographer, about Offroad Lifestyle and I ask him if it is possible to organize a photo shoot. Kenny was very helpful, he tells me that the photo shoot will be possible the next day and that Tim Odell will also be there with his Trophy T.

Hauk Designs, much more than a builder

As I said, Kenny Hauk is the owner and founder of Hauk Designs. Kenny Hauk came from a family of builders. At a young age, his father Ken taught him the value of quality workmanship, stressing that the right way, although never the easiest, is always the best way. He instilled in him attention to detail and taught him how to build things that last.

Kenny spent his adolescent years in the construction field, working with stone and wood, building custom homes. His transportation to and from work was a Jeep Wrangler, which started his passion for Jeeps and off roading. Wanting to improve the off road capability of his Wrangler, Kenny began buying parts for his Jeep. However, he quickly became disappointed with the poor quality and craftsmanship of the aftermarket parts that were available. After several disappointing purchases, he began forming parts himself in his parents garage. Soon many of his off roading friends began requesting custom parts for their Jeeps.

Then in 2006 Kenny found himself unemployed along with thousands of others in the construction field. Kenny turned this seemingly unfortunate circumstance into an opportunity to redirect his passion and hobby into a full time business.

Kenny began devoting his full attention to designing durable, high quality products to meet his own high standards for the Jeep market, from his award winning cast aluminum snorkel that revolutionized the market for Jeep intake systems, to the number one selling undercarriage skid plate system in the world. Hauk Designs LLC was formed with one simple goal: to build the best turn key 4x4's on the planet; and they have done just that. Starting with the Hauk designed River Raider Truck, they set a new standard in the Jeep industry with Chrysler even imitating the design later with the release of the JK-8 freedom kit.  This was followed by the LS powered Dune Raider with its signature chopped top, slant back, hotrod look that Hauk is now known for. In 2013 Hauk and his build team debuted the worlds first 24-valve Cummins diesel JK wrangler, called project Torque that set new records in JK performance. Hauk Designs is also featured on the television show, Road Hauks on the History Channel.

The Wrecker, story of a very special tow truck

Kenny Hauk and his team from Hauk Designs built the Wrecker, thinking of a tow truck from the 1950s, in 2018 in just 6 weeks to exhibit it at the Sema Show at the Pit bull Tires stand.

The build starts from the cabin and from the hood  of a 1946 Dodge Power Wagon which has been left with all the patina of time and the rust accumulated over the years. The whole front, under the body, derives from a 1994 Dodge Ram. The Ram chassis had everything needed for the construction. The engine is a 5.9 liter Cummins 12 valve where, as Kenny said "interesting things happen especially thanks to the twin turbo”. The gearbox is the Ram's NV4500 with an Atlas transfer case.

The Dana 60 front axle has been advanced by 6" to improve the approach angle and the steering is made with the Red Neck hydro steering system. At the rear we find two different axles, because it is a 6x6. The first is a 9” Ford whose differential transmits traction to the second axle: a Sterling 10 ½. Differential locks are OX.

The suspension geometries were created with 3 Wrangler JK BDS Long Arm kits, one for the front and two for the rear. The front 4-link has been changed to a 3-link while the other 2 kits have been adapted for the 2 rear axles.

The shock absorbers are 16” Bilstein coilover with Eibach springs fixed to the frame with specially made arched attachments.

The specialization of Hauk Designs in the creation of accessories for the Wrangler is also found in the Wrecker. In fact, the bumpers derive from those made by Kenny for the Jeep JL. A 12,000 lb Warn winch was fixed to the shortened front JL bumper.

17" wheels with beadlocks are RaceLine and 44" tires are from Pit Bull.

The rear of the Wrecker is dominated by the boom, with Warn 12000 winch, entirely custom made from a vision of Kenny Hauk. The rear is also enriched with 2 functional tool boxes. The handles of the tool boxes are made using a camshaft.

Interior has been left as similar as possible to the original with the seats redone in style and an updated dashboard.

In addition to the very interesting idea behind this build, the beauty of the Wrecker is the details and the technical expertise with which they were made.

Dana 60 rings have been added to the 1946 Power Wagon headlights.

Above the water radiator, there is a Dana 60 pinion with in the top a thermostat.

The two side exhaust pipes are a real welding work of art.

The sun visors were made with old plates.

The Dodge Power Wagon is a four wheel drive medium duty truck that was produced in various model series from 1945 to 1980 by Dodge, then as a nameplate for the Dodge Ram from 2005 to 2013, and, most recently ‘13-present, as an individual model marketed by Ram Trucks. It was developed as the WDX truck, and until about 1960 it was internally known by its engineering code T137 – a name still used for the original series by enthusiasts.

The original civilian version, commonly called the "flat fender" Power Wagon or FFPW, was mechanically based on Dodge's 3/4-ton WC series of World War II military trucks. The Power Wagon was the first mass-produced 4x4 medium duty truck, and represents a significant predecessor to the many modern four wheel drive trucks in use today. Updated variants continued in production until 1964.

Following Chrysler Corporation policy of badge engineering to provide a greater number of sales outlets overseas, Power Wagons were also marketed around the world under the Fargo and De Soto badges. 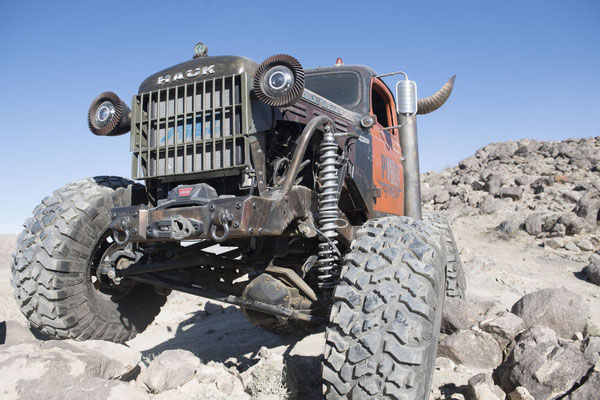 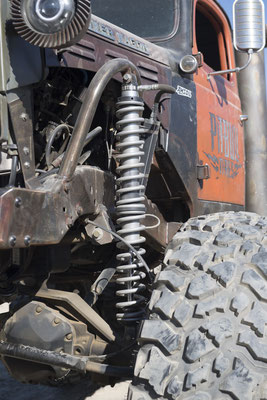 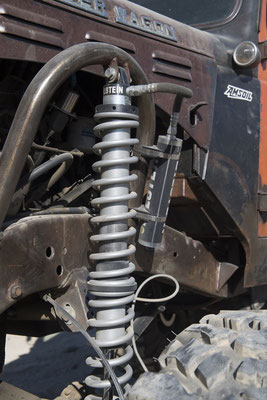 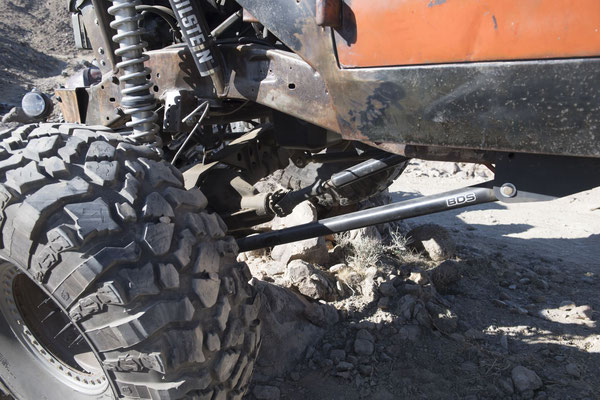 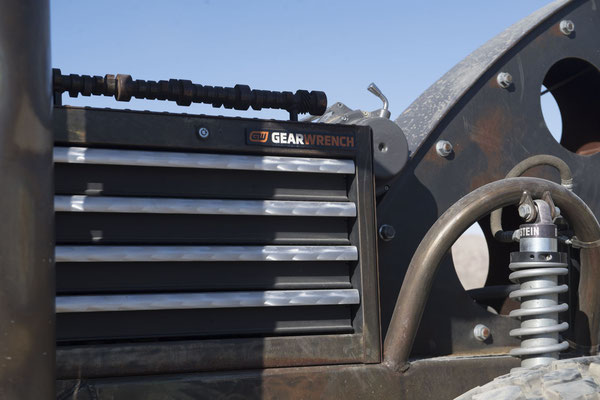 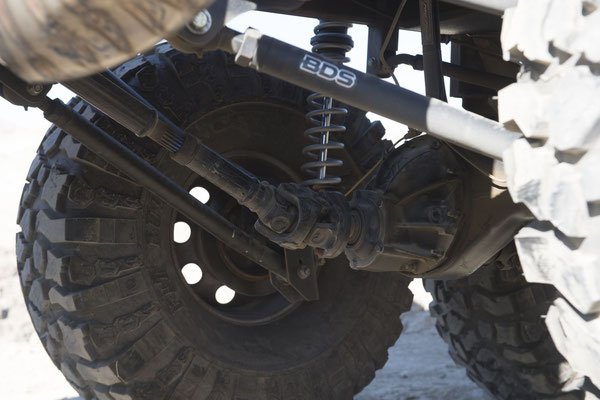 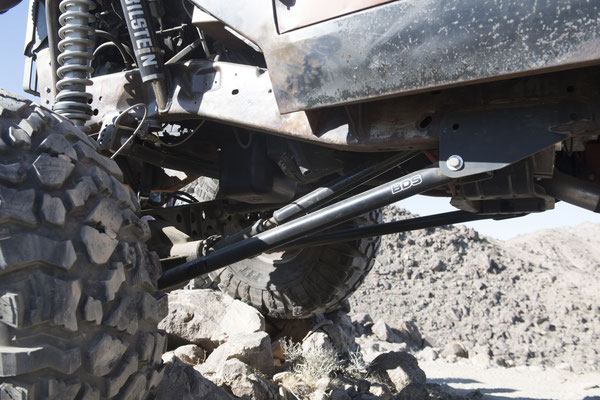 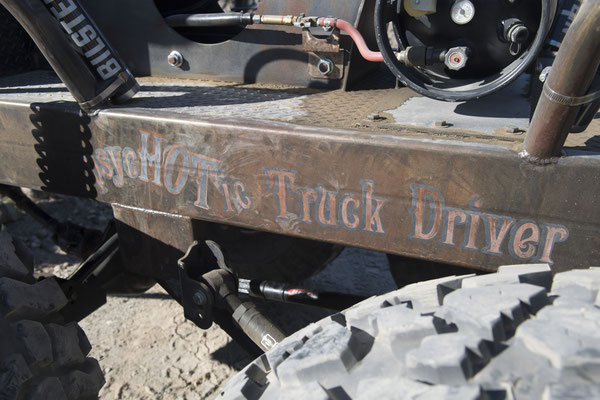 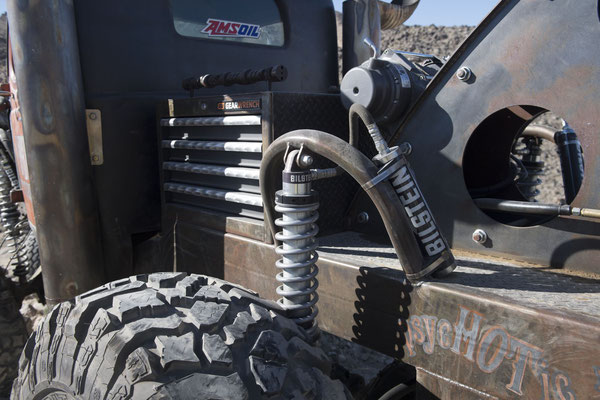 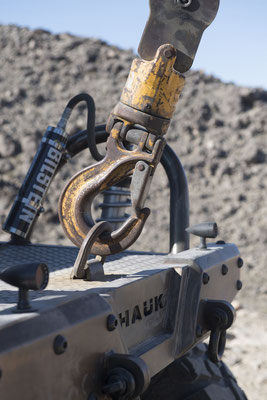 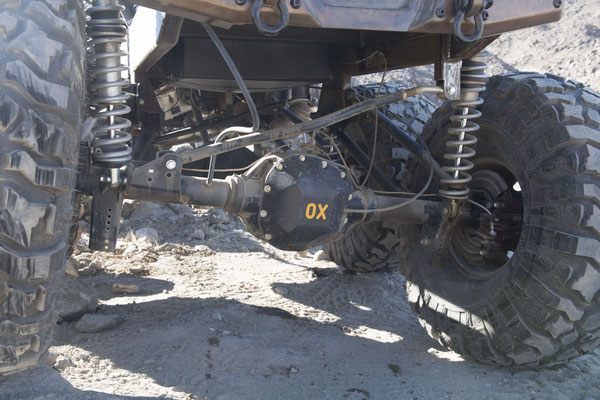 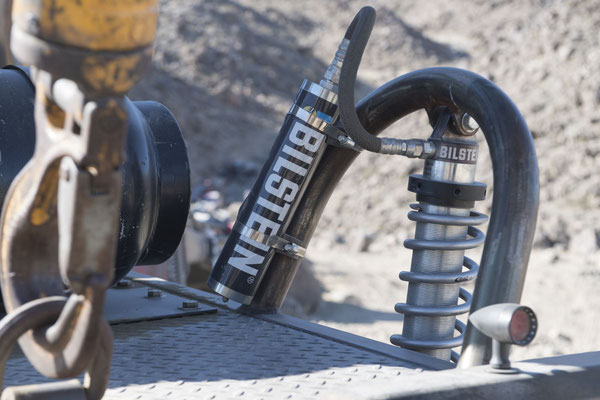 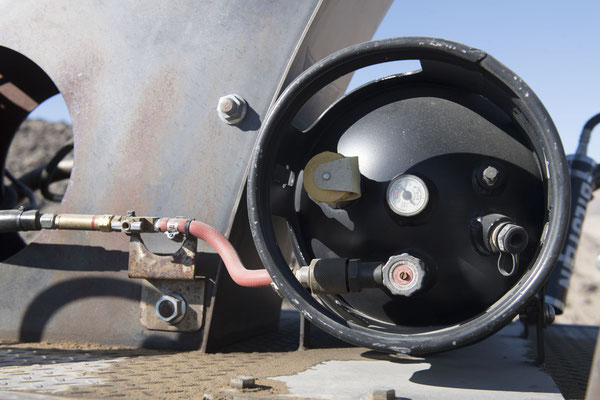 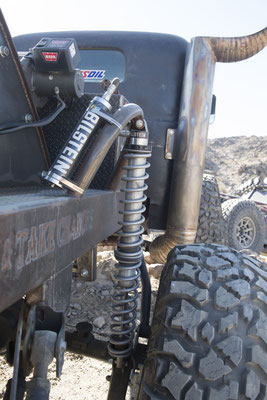 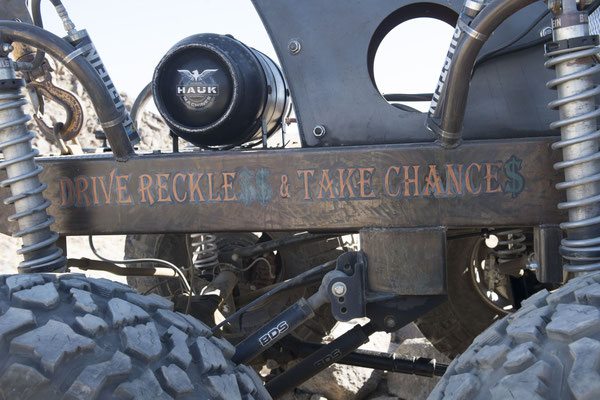 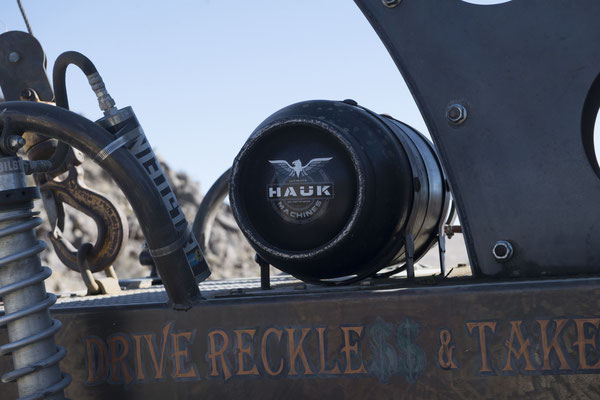 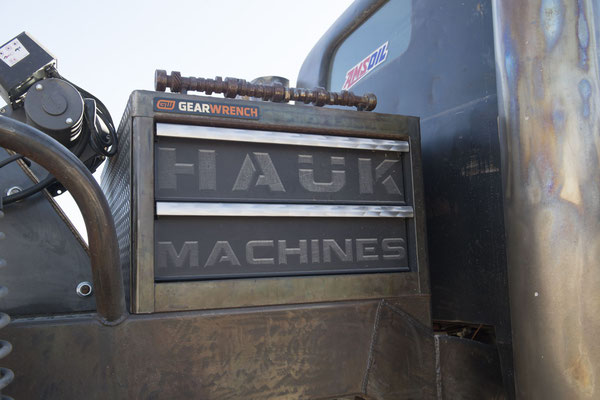 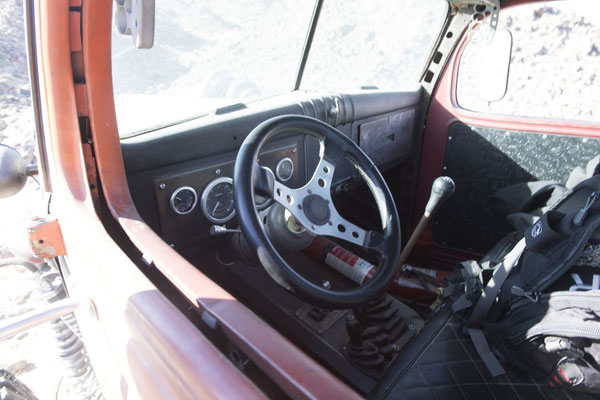 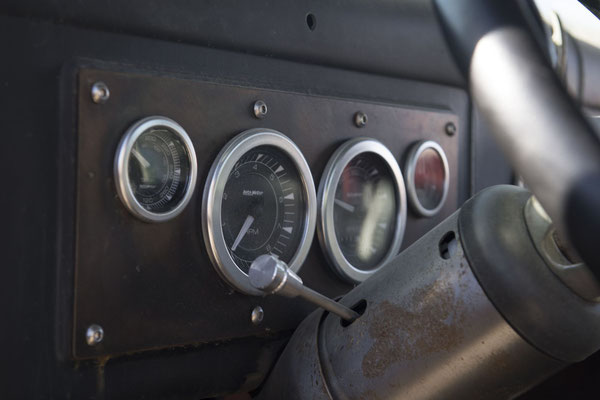